All for Belize: Ardelle Sabido called to the Bar 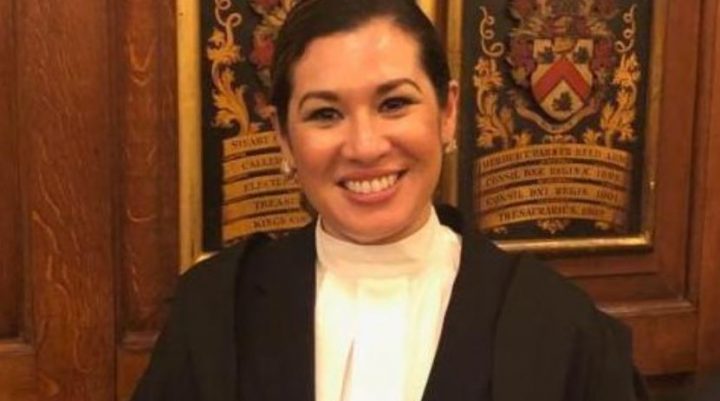 By BBN Staff: Attorney Ardelle Sabido is officially able to practice law in Belize after being called to the Bar this week, an achievement which she says will be used for the benefit of the nation.

She was called to the Bar via virtual conference on Tuesday, given the ongoing COVID-19 pandemic.

Sabido, who proudly hails from Belmopan, says she originally intended to become a doctor and started her academic career along that path until she went to do her Associate’s Degree at St. Johns College Junior College, where she gained an interest in political science. Sabido would go on to study political science at Valdosta State University in Georgia, USA, and then came back to Belize to work in the Ministry of Foreign Affairs (MFA).

Along her path, she would be posted in Cuba, working alongside Ambassador H.E. Assad Shoman; in Mexico alongside Ambassador H.E. Oliver del Cid; and in Washington DC alongside Ambassador H.E. Nestor Mendez. Sabido would also serve in the tertiary department at the Ministry of Education Youth and Sports, do a Master’s Degree in Public and International Law, at the University of Nottingham in the United Kingdom, a Graduate Diploma in Law, and be called to the Bar in England and Wales. But despite her many achievements abroad, Sabido said she knew she was coming back home to Belize.

“All of this was not just to run off somewhere, all of this was for Belize,” Sabido said. “I also feel very privileged to have been called by Chief Justice Michelle Arana – not only as a Belizean but as a woman.”

Sabido serves as the in-house legal counsel for the legal team working on the Belize/Guatemala territorial claim at the International Court of Justice (ICJ), having been involved with the case for years due to her posting at the MFA.

“The important thing now is that the work continues. I can better do my job and better serve my country now,” Sabido added.

Breaking Belize News congratulates Sabido on her achievement and wishes her well as she continues to serve Belize.