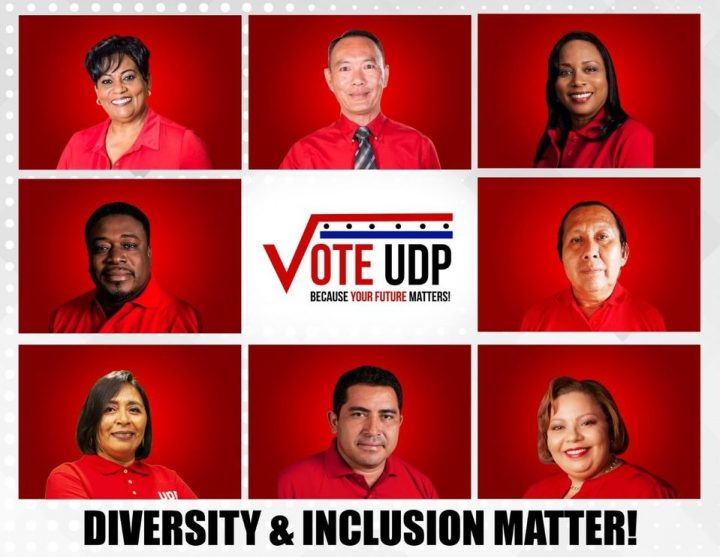 By Aaron Humes: The primary purpose of Thursday’s virtual public rally was to organize the faithful of the United Democratic Party (UDP) to ensure they would vote, and encourage others to vote, for the U.D.P. to win a fourth consecutive term in office.

There were live musical performances from the likes of Supa G, and a virtual “convention hall” with cheering UDP supporters from across the country. Interspersing interaction inside the party headquarters between host Shary Medina and party leaders Patrick Faber and Hugo Patt were videos highlighting party history and accomplishments too numerous to mention here.

The highlight was the introduction of each of the party’s standard-bearers, who spoke of their commitment and determination to ensure victory, whether for the first time or in a continued series.