Belizean reportedly killed in the US 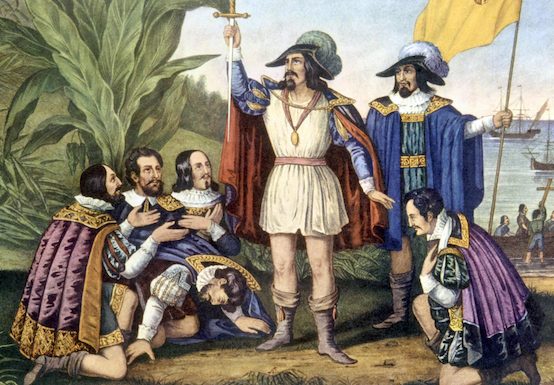 By Aaron Humes: (Note: This is a re-working of a story written on October 14, 2019, titled “The Columbus Day conundrum – time to drop the holiday?”)

Belize continues to observe, as it does today, Monday, the public and bank holiday variably named Columbus Day, Day of the Americas or Pan American Day.

Italian explorer Christopher Columbus, in 1492, set out to prove that the world was round rather than flat, but in the process stumbled on to a “New World” which had long been established.

Columbus is remembered, infamously, for causing disruption to that establishment, introducing not only a period of exchange of plants, animals, culture, human populations, and technology – but also diseases and less savoury practices such as forced labour which predated slavery. His arrival and actions, some argue, is the basis for the continued subjugation of non-white/European peoples by white/European individuals.

Yet even after a wild summer of protests and uprisings against the concepts of white supremacy and privilege, including the taking down of commemorative images and memorials including those of Columbus, some prefer to recognize his spirit of adventure and, particularly among Italian-Americans, his Italian heritage.

If former president of Belize’s National Institute of Culture and History (NICH) Yasser Musa has his way, the former would prevail. He wrote on social media two days ago, “…We teachers and artists are on a long journey, an orbit to continue the struggle for a social development pushing the collective imagination toward a stronger and more inclusive understanding of our place. One day the words of Annie Flowers will spark the consciousness of our youth. One day Zazil Ha will inspire, and the many Bembes of today will again be our real teachers. We fight back by the hour with love, learning, compassion and conviction. EXIST & RESIST& INDIGENIZE & DECOLONIZE. Today I recall our ancestors and pledge to work harder, and better toward the telling of our stories.”

And while that day appears not to be this Monday, a possible step could be the removal of October 12 as a public and bank holiday from those listed under the Holidays Act, perhaps substituted by the likes of August 1 as Emancipation Day, or the birthday of late Father of the Nation George Price on January 15 (which he shares with civil rights giant, Dr. Martin Luther King, Jr.)