Signs you are in an Abusive Relationship 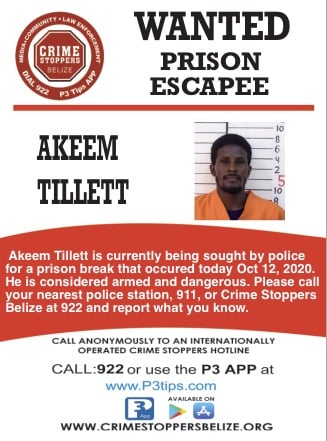 By BBN Staff: One man is dead and two police officers are injured after a shootout on the Coastal Road yesterday.

Reports are that Lance Flowers and  Whakyem Martinez, both of the  Belize Special Assignment Group (BSAG), were conducting patrols on the Coastal Road about 5 miles from George Price Highway when they came under gunfire.

Flowers was shot below the knee, while Martinez was shot to the waist. In the incident, police returned fire in the direction from which they were being attacked. Later, authorities canvassed the area where the incident happened and found the  the motionless body of Akeem Tillett. On the ground beside Tillett’s body was a loaded M4 Carbine.

Tillett was among the 28 inmates that had escaped from the Belize Central Prison on Monday.

Police are investigating the matter.