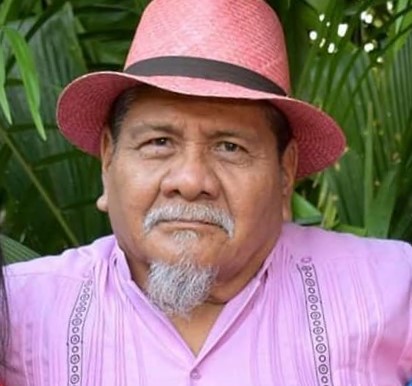 By BBN Staff: Angel Tzec, a Yucatec Maya resident of Bullet Tree Falls village in the Cayo District and a legendary advocate for indigenous peoples in Belize, died earlier this week after a long battle with cancer. Tzec, who was an agronomist by training, played a key role in Belize’s agricultural development as well as organizing indigenous initiatives and promoting awareness and pride for the value of indigenous cultures in Belize and Central America.

Tzec was one of the founding members of the Belize National Indigenous Council (BENIC) and the Tumul K’in Center of Learning in Blue Creek, Toledo. The Yucatec Maya community hailed Angel Tzec as a man “who worked passionately to ensure that Belize’s indigenous groups had a voice” and thanked him for “all what this warrior did for the Indigenous community”.

Angel Tzec graduated in 1965 from the famous Lynam Agricultural College in Stann Creek as Valedictorian and went on to further his studies at the world renowned Zamorano Agricultural School in Honduras.

Tzec will be remembered by his colleagues as a hard and field-oriented worker, a spirited fighter for the rights of indigenous peoples and an agronomist who was never afraid of a technical challenge.

The body of Angel Tzec will be cremated and a “Sacred Maya Fire” ceremony will be held for his wife, Rita Recinos and his children. In the words of his family Angel Tzec, “left this physical world on Mother Earth and joined our ancestors in the spirit world. He travelled on the sacred Saq’bej with the guidance of the swift wind and the calming peace of the rain.”

Breaking Belize News (BBN) honors Angel Tzec Pintado, sends condolences to his family and hopes that he rests in peace.