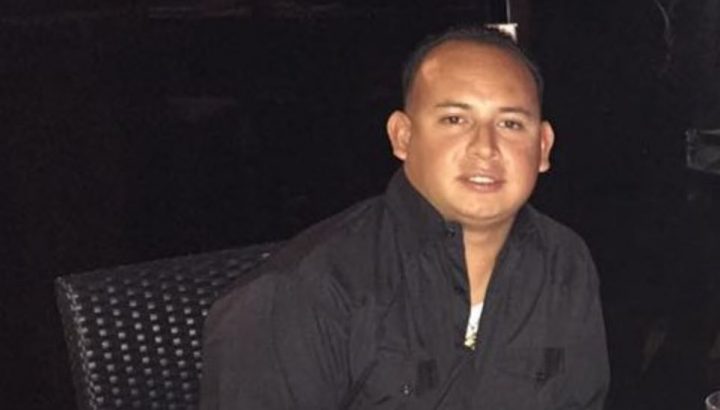 By Aaron Humes: The Commissioner of Police (ComPol), Chester Williams, has said police have laid charges of murder against 32-year-old David Gonzalez of San Pedro Town in the death of his wife Marisela Guzman Gonzalez, whose body was found at a dump site on Monday, October 12, based on their investigations and not public pressure.

Gonzalez was arraigned before Chief Magistrate Sharon Frazer on Thursdsay in Belize City and was remanded until December 16.

It starts, the ComPol said, with the fact that there is “a multitude of reports” concerning alleged abuse of Marisela by David, and “certain things” uncovered in the investigation led to his arrest.

In an official report, police said that during their investigation at David’s residence, they observed bloodstains. Bloodstains were also found inside a vehicle connected to the accused murderer. Police speculate that Marisela was murdered in their residence and later transported in the said vehicle and left south of San Pedro Town.

“At least they get a chance to speak to someone and vent, but those who don’t come forward suffer in silence, and I think the deceased wife (Marisela) was one of those persons. And again, I don’t think that any woman or child should suffer the way she did, at the hands of a husband who was supposed to be there for her and take care of her,” Williams stated.

The Commissioner assured that the police are doing what they can and their investigation does not end with Gonzalez’s arrest. He sympathizes with residents of the town who expressed outrage when the accused was seen going home on a golf cart as based on his observations, David Gonzalez “seems to have no remorse and is non-cooperative with the investigation, he should not be afforded any kind of privilege.”

Fortunately, the visit, according to San Pedro Police, was part of their investigation, an attempt to recover a digital video recorder (DVR) unit believed to be hidden in the yard or nearby. The DVR has not yet been recovered and is a critical piece of evidence in the ongoing investigation. Williams stated that if it is as officer commanding Chris Noble has told him, then clearly no special treatment was afforded to David Gonzalez. Islanders do however say that he was allowed to shower and get clean clothes.