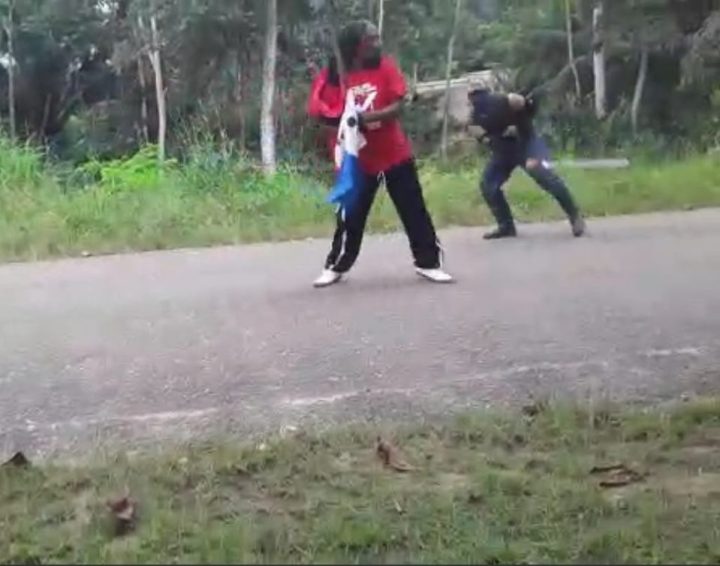 By BBN Staff: The Belize Progressive Party (BPP) is calling on the police to investigate a brawl that ensued yesterday in Red Bank Village between campaigners for the People’s United Party (PUP) and United Democratic Party (UDP).

The brawl, which went viral when the video was shared on social media, showed a large crowd wearing their party shirts fighting and brandishing machetes.

Notably, many of the people appearing in the video were either not wearing masks or not wearing them properly. The group also violated the existing social distancing laws and prohibition of gatherings exceeding 10 people.

The BPP said that if Commissioner of Police, Chester Williams, is serious about COVID-19 prevention then the actions by the people in the video should not be tolerated.

“BPP also condemns any acts of violence that were displayed among civilians. The BPP stresses that now more than ever we as a people should be peaceful about the election rather than fighting with each other. Leaders should take note and discourage any mass gatherings such as these,” the BPP added.