House fire on Fabers Road- Was it arson?

Opposition Leader suggests COVID-19 patients can “vote from the hospital” 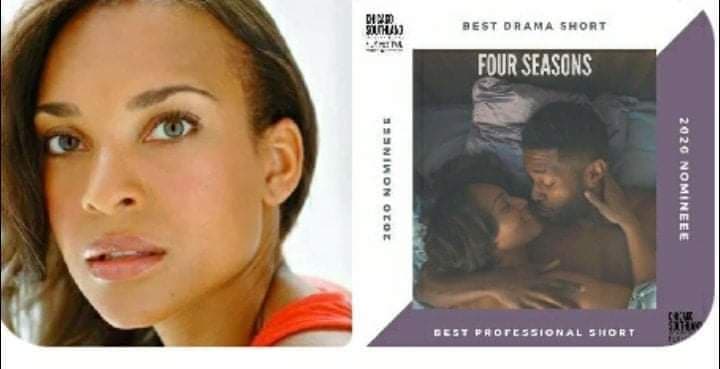 By BBN Staff: Nia Fairweather FOUR SEASONS film has been nominated for two (2) awards at the Chicago Southland International Film Festival (CSIFF). Nia, whose father is Belizean Norman Fairweather, wrote, produced and acted in the film that is currently being screened virtually at the Film Festival in Chicago.

Her father Norman Fairweather was an activists and one of the founders of United Black Association for Development (UBAD) in Belize, and her mother, Clare Fairweather hails from the Caribbean island of St. Vincent.

FOUR SEASONS film has been nominated for Best Drama Short, and Best Professional Short Award at the Chicago Southland International Film Festival. Nia was thrilled to share that her film was nominated for these 2 awards, and congratulated her FOUR SEASONS cast and crew, noting that their “talents made the story pop”.

The film is being streamed virtually from October 19 to 25, 2020 and is available for viewing globally. To watch Nia’s film visit: https://watch.eventive.org/csiff (dramatic pictures category).

According to Nia’s sister, Imani Fairweather, two (2) major film works that features Nia are currently making their rounds at film festivals and screenings in the United States. The other film is “A New York Christmas Wedding” that was streamed at the New York Latino Film Festival and the Urbanworld Film Festival, both in September this year, and on Martha’s Vineyard AA Film Festival Facebook stream on October 6-10.

Breaking Belize News (BBN) congratulates Nia Fairweather on her achievements and wishes her every success as she continues to pursue and expand her career.