UDP Rene Montero: Our team has no involvement in vandalism of signs 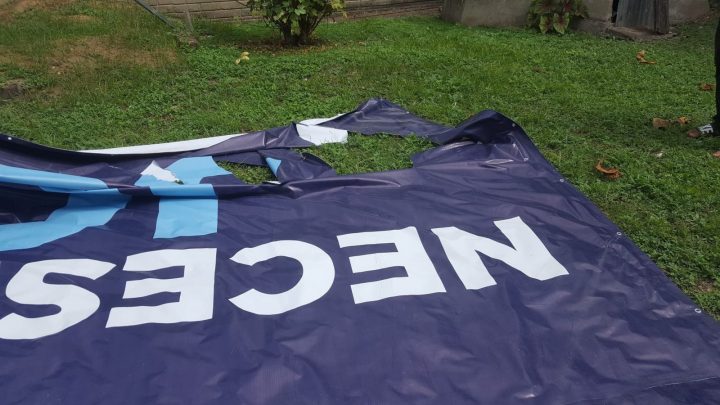 By BBN Staff: This morning, PUP Cayo Central Campaign Chairman, Horace Grant told BBN that a PUP banner inside of a private property on the George Price Highway in Santa Elena Town was vandalized.

Grant made an official police report and said that he believed UDP operatives were responsible.

Incumbent Area Representative, Rene Montero has since issued a statement saying that his team has no involvement in the matter.

“We have always encouraged our Campaign Team to be respectful of the views of others and to be cognizant of the health protocols in place as we conduct our Campaign amidst a Pandemic. I urge all supporters of the UDP to move forward respectfully as we continue to advocate for a peaceful and safe General Elections,” Montero said.

Meanwhile, Grant said that the same tactics were used in 2015 when Montero went up against PUP Dan Silva.

The Cayo Central Constituency is known for its heated and passionate campaigns and elections propaganda.

PUP Alex Balona will go against Montero in the upcoming General Elections which are scheduled for November 11th, 2020.