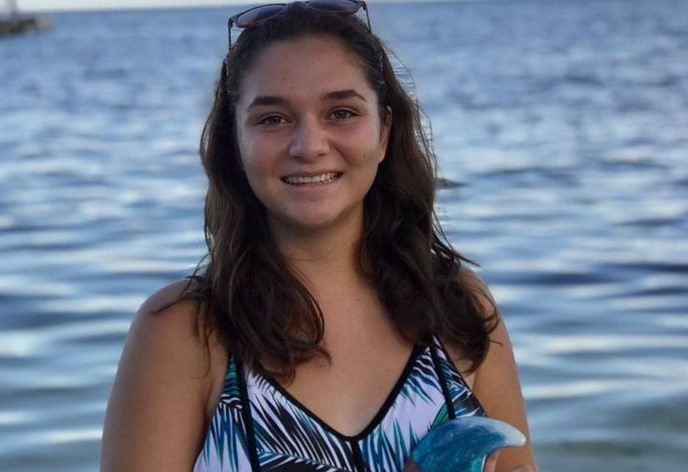 By BBN Staff: On Saturday, October 24 Oceana honored Carina Paz as the 2020 national wavemaker of the year.

The organization hosted its first virtual annual general meeting (AGM) for its dedicated supporters, or ‘Wavemakers,’ on Facebook live.

During the AGM, several Wavemakers were awarded certificates of appreciation for their sensational support for Oceana’s campaigns and initiatives over the past year.

The awardees included the Rotaract Club of Corozal; the SCA Wavemaker Club from Belize; Kanisha Cocom from Cayo; Ishmael Garbutt from Stann Creek and Marvin Vasquez from Toledo.

Oceana was also proud to recognize Carina Paz as 2020’s National Wavemaker of the year.

Paz grew up in San Pedro, Ambergris Caye, finding her love for marine protection and education at an early age.

In the past, she has organized and hosted two marine exhibitions aimed to raise awareness among young students about marine creatures. She has spearheaded numerous cleanup campaigns on the island as well as tree planning events in commemoration of Earth Day, World Environment Day, and Reef Week.

She also served as the youth ambassador and lecturer at Green Reef Summer camps for the years 2013-2015.

Carina has also broken records as the youngest swimmer to complete “Swim to the Reef” event, geared towards raising awareness of Hol Chan Marine Reserve and reef conservation.

In her role as the Vice President of the SCA Wavemaker club, she has led the charge in advocating against plastic usage on campus.

Through her passion and love for the sea and marine life, she has empowered others to work alongside her as she continues to advocate for marine conservation.

Keynote speaker, Celeshia Guy, is an advocate for marine conservation in her research and fieldwork with the Clearwater Marine Aquarium.

During her presentation, she spoke about the ocean’s significance in our everyday lives and the very real threats that marine health faces, including climate change, plastic pollution, illegal fishing and overfishing.

Oceana Belize says that it is fortunate to have a tight-knit community of Wavemakers that assist in our campaign efforts countrywide.

Belizean Wavemakers are part of the more than a million Oceana members that support the protection and restoration of the world’s oceans.

The National Wavemaker award was made by local artist, Aesha Garel of Zest Handcrafted.