Belizeans now have to pay an additional fee to visit Chetumal 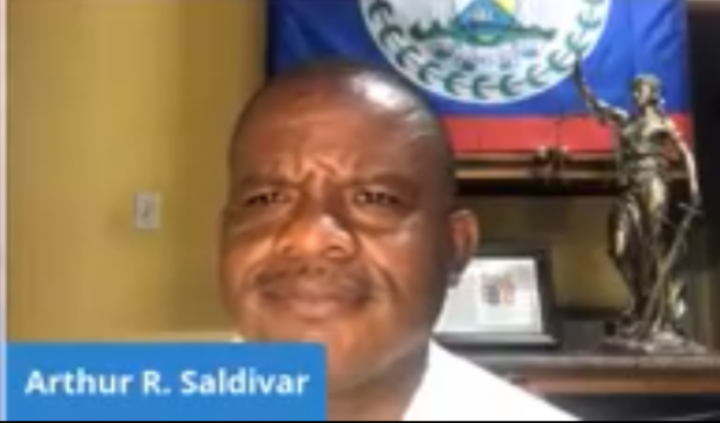 By Aaron Humes: Attorney for the Belize PEACE Movement and a potential candidate for general elections, Arthur Saldivar, held fast to his position after today’s setback in the Supreme Court.

He expressed it this way: “The people of Belize are deserving of free and fair elections; those elections serve the democracy; the democracy does not serve elections. As a result, people ought to be given the same value for their vote no matter where they live or where they are from. It should not be that the Garifuna from Stann Creek District has a vote that values less than the Kriol from Belize City, or the Maya from Toledo has a vote that is less than the Mestizo in Orange Walk. We need to ensure that the principles that the Constitution was designed to uphold have been upheld. And insofar as we have politicians that don’t appreciate, understand or respect the Constitution, we will always have injustice in Belize.”

In contrast, he claimed, the most recent Loyal Opposition believes that “malapportionment is not sufficiently important to address prior to an election; democracy is not important. All that is important is the ability to attain power.”

But the Acting Chief Justice did not see it his way. Saldivar, however, is not giving up: “That is a view, that is a legal opinion. And under our system, it can be challenged, and it is the intention of the parties, my clients, to challenge that opinion.”

Nonetheless, he argues, “Our fight has never been against the election. Simply, it is the position of the Belize PEACE Movement that the elections held on the First Schedule of the Representation of the People Act would be unconstitutional. There is an expert report that was produced that says that 71 percent of all divisions are malapportioned to such an extreme extent that we do not have democracy in Belize. But suffice it to say, those who have been in the position for the past fifteen years are sufficiently hungry to ignore that reality and wish to have power by any means necessary.”

The last redistricting of divisions took place just before the start of the Barrow era in 2007 when two divisions were added – Belmopan and Cayo Northeast – and others revised.