The production of onions, carrots and irish potatoes in Belize – Part 1 – The Untold Story of Success 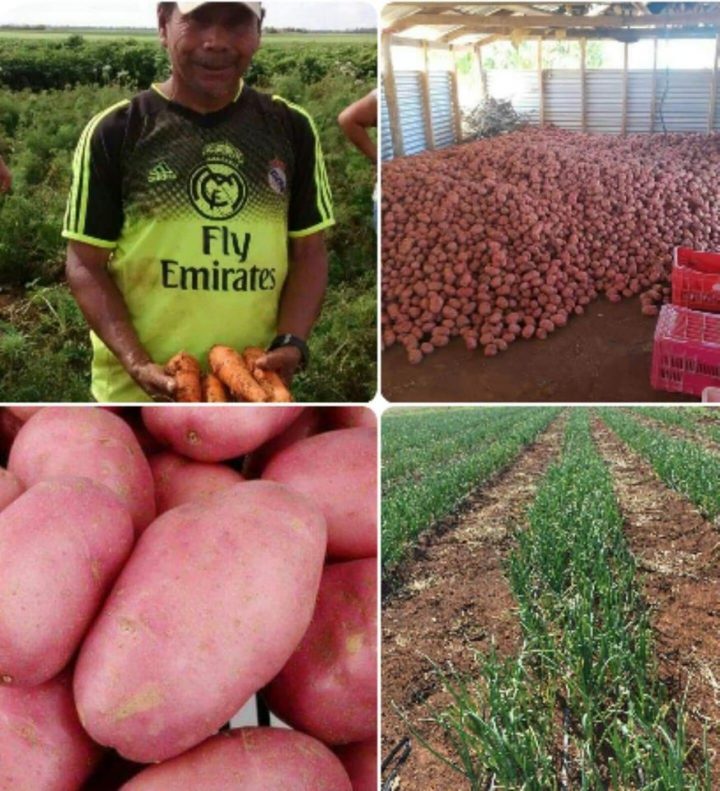 The story of stimulating the production of these vegetable from zero pounds to a couple million pounds in Belize is an example of true development, an innovative development led by one of Belize’s first female agronomist, Francine Magloire, sister of Evan X Hyde, Amandala’s owner and publisher. She was assisted by an innovative team of people that included Chief Executive Officer, Dr. Marcelino Avila, Senior Extension Officer, Jose Abelardo Mai and others. Francine Magloire was a hard working woman dedicated to applied research…she was a champion for small farmer development.

The research trials for varieties of onions, carrots and irish potatoes that were promising for Belize were conducted on plots located on farmers’ fields in various districts. As a Senior Extension Officer, Jose Mai facilitated the on-farm trials for these crops mostly in the Orange Walk district. Later when he was promoted to Director of Extension, Jose Mai coordinated the production and marketing of the onions, carrots and irish potatoes that were produced on a large scale for the first time by Belizean farmers. Production occurred mostly in the Corozal, Orange Walk and Cayo Districts, with some level of production occurring in Bomba and other villages in the Belize district.

In the first year of commercial production, farmers who were interested to plant onions, carrots and irish potatoes were guaranteed a market by the Belize Marketing and Development Corporation (BMDC) and a wholesale price was agreed to. The guaranteed marketing arrangements were set up to remain in place only for 2 years. At the end of this two year guarantee period, the Importers Association, made up of many medium sized importers, would step in and negotiate prices and volumes with farmers’ groups and the Ministry would facilitate and mediate these negotiations.

Needless to say Belize began producing onions, carrots and irish potatoes for the first time on a commercial scale during the 1998 – 2003 PUP administration. Agronomist Francine Magloire and the Ministry of Agriculture’s support team (which included Jose Mai focusing on the Orange Walk district and later on coordinating the production and marketing of these crops), ensured that there was good planning in place for planting and harvesting, and that the coordination of marketing and sales went smoothly. Farmers had confidence in the efforts of their research agronomist Francine Magloire, Jose Mai and the agriculture extension staff, and Belize sustained a period of booming production of these 3 vegetables from the early 2000s. There were little or no glitches as the PUP government ensured that no import permits were issued for these crops while our farmers were harvesting and selling the fruits of their hard labour. In so doing the PUP facilitated the successful cultivation of these crops and economically empowerment our rural farmers.

In the last decade or so, farmers who produce onions, carrots and irish potatoes have had to deal with a UDP government that have neglected agriculture. Import permits have been given out mercilessly while farmers crops rot in the fields. The plight of farmers has fallen on deaf ears, receiving some lip service here and there. Despite farmers taking their plight to the media and showing their crops rotting in the fields, the support from Belmopan is woefully lacking.

The UDP does not believe in agriculture, they have not created any new agriculture industry, they destroyed the papaya industry, they sat idly by and watched the demise of the citrus industry, they gave no support to the development and processing of limes, coconuts, pineapple and soursop in Southern Belize, they are currently punishing cattle farmers, and they even tax the sugar out of our farmers’ bread and bun. It took COVID-19 for the UDP to recognize the importance of agriculture. Even Wilfred ‘Sedi’ Elrington speaks about the value of agriculture every time he gets a chance now.

More to come in Part 2 which will focus specifically on the PUP’s plan for these crops.