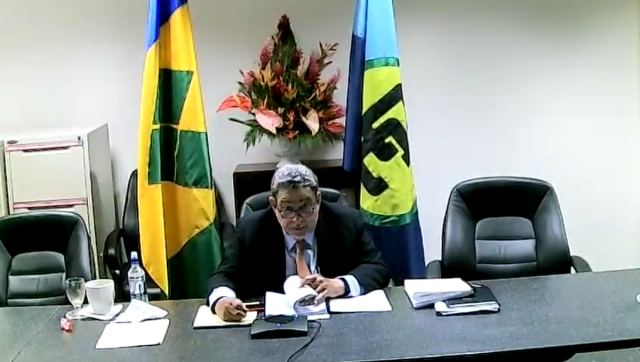 By BBN Staff: Heads of Government of CARICOM “re-emphasized their steadfast support for the sovereignty, territorial integrity and security of Belize” after receiving an update on the most recent developments with respect to the Belize – Guatemala border dispute. The briefing was provided by Honourable Michael Peyrefitte, who represented Belize at the 41st Regular Meeting of the Heads of Government which was held virtually on 29 October, 2020.

In a communique released late yesterday, the Heads of Government “noted the extension of the time limits for the submission of the Memorials and the Counter Memorials to the International Court of Justice by Belize and Guatemala, respectively”. The Heads of Government also urged Belize, Guatemala and the OAS to “continue implementing fully the Confidence Building Measures that have been in place since 2005, pending the resolution of Guatemala’s claim at the International Court of Justice (ICJ)”.

Peyrefitte provided a briefing on the situation in the Sarstoon River, and the Heads of Government noted that the undertaking  to “engage in the design and development of a mechanism of co-operation for the Sarstoon River is still outstanding”. Both Belize, Guatemala and the OAS was called to reinvigorate their efforts to design and develop this mechanism for co-operation.

The significant role that the OAS has played in the process aimed at resolving the dispute was supported and the Heads called on the international community to continue supporting the OAS Office in the Adjacency Zone.

The virtual meeting was chaired by the Prime Minister of St. Vincent and the Grenadines, Dr. Ralph Gonsalves.