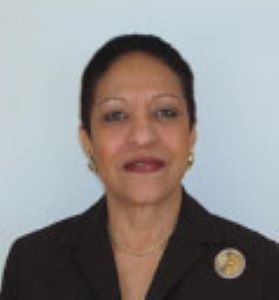 By BBN Staff: On Thursday, October 22, 2020, the board of trustees at the Ramphal Insitute appointed Former High Commissioner of Belize to the United Kingdom, Kamela Palma as the new chairperson.

Palma, a trained educator and former secondary school headmistress, served as Belize’s High Commissioner from 2008 to 2012, and prior to that was Deputy Ambassador of Belize to Guatemala.

Palma also served as the Chief Executive Officer in the Ministry of Human Development, Women, Children and Civil Society.

“Palma brings strong experience and familiarity with Commonwealth affairs and maintains an extensive network of contacts across the Commonwealth and its various regions,” a statement from the Institute said.

Palma has served on the Board of Trustees of the Ramphal Institute for the past year.

Palma indicated that “it is important for the Institute to not only carry on the work and legacy of the organisation’s late founding Chairperson, Ms. Patsy Robertson, but to emerge as a real force and a champion of Commonwealth development.”

Palma further stated that “it is important for the Ramphal Institute to refresh its programmatic priorities, to strengthen existing relations with other Commonwealth organisations and to strategically forge new relations with extra-Commonwealth development partners and other like-focused agencies.”

A passionate advocate for the development and the advancement of youth, of women, and of the family across Commonwealth countries, and indeed the wider global community, Palma feels that nation states are drastically weakened if targeted enhancement of and support for these groups are not placed at the very core of national and regional policies, plans, and programmes.

Palma highlighted for instance that women and youth have been marginalized and severely affected by climate change, air pollution and the recent coronavirus pandemic.

Launched in 2008, the Ramphal Institute works on issues of special concern to the Commonwealth and its fifty-four members in the areas of social and economic policy, governance, and the environment.

The Institute leverages the special ties of the Commonwealth to advance and share issues of relevance to the wider world through research and dissemination, benefitting government officials, policy makers, civil society and the wider public.