Dissatisfied with treatment in Belize, Shipyard Mennonites may bolt for Peru 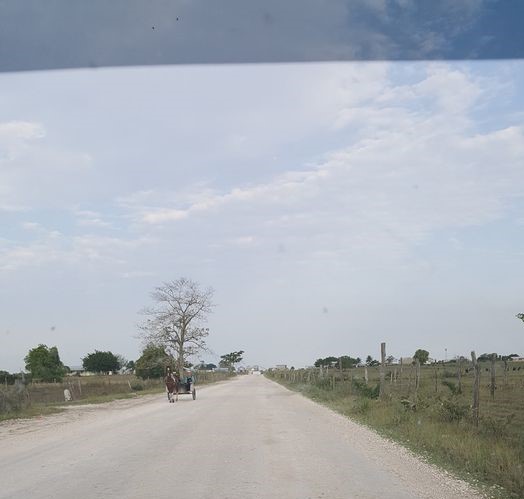 By Aaron Humes: Channel 5 News reports that members of the Mennonite community of Shipyard, Orange Walk District, may be packing up shop for the South American country of Peru as soon as borders are reopened.

The community is one of the oldest and most well-known, populated by migrants from Mexico and originally Europe half a century or so ago. Its population of 4,000 is a key production source of agricultural goods and livestock.

It is also more conservative in terms of religious and social outlook than neighbour to the northwest, Blue Creek, or Spanish Lookout in the Cayo District. For that reason, they would not speak to Channel 5’s reporter on camera.

There are several reasons for the Shipyard business community’s dissatisfaction, first and foremost their recent treatment by Government when they sought to return to Belize after scouting land in South America for a gradual move there.

Community leader Juan Martinez and nine others were delayed re-entering Belize for nearly three months, despite interceding with Government to return on a private aircraft and foot their expenses for PCR COVID-19 tests and quarantine, at a time when other private flights were in operation. The group of ten were assisted by Mexican authorities to travel to Mexico and stayed twenty-five days in Chetumal while continuing to haggle with the Government to cross the northern border and return home.

Later in August, the community would be one of three, along with neighbours Santa Martha and Guinea Grass, to be placed on lockdown due to COVID-19 cases popping up in the area.

Another reason is the slowdown and re-organization of the cattle trade after informal activity was brought to a halt in mid-April. Farmers had been taking advantage of the backdoor routes between Bullet Tree Falls and Melchor de Mencos, Petén, and Jalacte, Toledo and Santa Cruz in Guatemala for many years. While the trade has been formalized, much smaller numbers of livestock are being pushed through Blue Creek to Mexico and in the West to Guatemala. Shipyard presently has 20 thousand heads of cattle available for sale.

Lastly, the vast supply of produce coming from the farmlands of Shipyard outstrips local demand and markets here are dwindling.

The forty or so families plan to migrate to Tres Cruces, Peru, where there are affordable lands and a population of 33 million dependent on food importation, which will serve the arriving Mennonites well.

Belize’s loss thus appears to be Peru’s gain unless a new Government can turn things around.