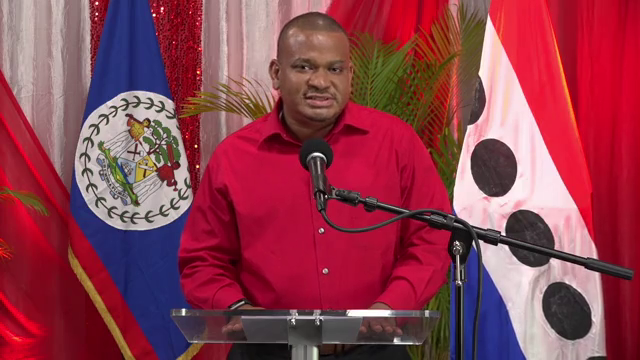 By Aaron Humes: Accused of facilitating alleged ‘land grabs’ in the Toledo District involving indigenous land, the Government of Belize wants to know – where’s the evidence?
This week, the Maya Leaders’ Alliance (MLA) and Toledo Alcaldes Association (TAA) accused the Government of standing by as surveyors carved up land between 30 and 400 acres in various Toledo villages, in breach of the consent order signed in court five years ago.
Villagers have been asked to document these activities, but new UDP leader Patrick Faber told reporters on Friday that as he sees it, no evidence has been presented.
Faber said, referring to Cristina Coc, spokesperson for the MLA, “… if indeed the land that she says people are surveying is the communal land that has been awarded to the Mayan people in that area as their customary land then that cannot happen. So, everybody would know that is the case and then they will have a case in court if that is the point if that is true. But I don’t have any evidence that that is happening, and it is apparent to all who is listening to what she said that she doesn’t have any evidence. She is only telling you what she saw and what people reported is happening but no concrete evidence of anything happening.”
Faber added that he would “absolutely” condemn such an occurrence because it is the subject of a court judgment; indeed, he cannot fathom why anyone would attempt such a thing because the consent order’s dictates are well known.
Meanwhile, Attorney General Michael Peyrefitte suggested that once that evidence is presented, it should come to the attention of the courts, not the press, adding that it may be a strategy to sully the Government’s reputation: “They have access to a battery of lawyers.  I think even Greg Choc is now a lawyer who was the past president [of SATIIM, the Sarstoon Temash Institute for Indigenous Management]. If you have a legal issue ma’am, go dah court.  To me, you don’t really have a legal issue because if you had a real legal issue, you would go to court, you wouldn’t go to the media.  But they are hoping that they could cast enough doubt on the situation that will make the government look bad, but the government knows its positions…”
Peyrefitte also argued that the Consent Order did not create “a separate country:” “That document, that consent judgment states in there clearly that no part of this consent judgment affects the sovereign authority of the Government of Belize and the people of Belize.  In short then, that area da noh wahn separate country, you know, that is still a part of Belize. They may not like to hear that, but that’s the case.  So, nothing can stop the executive of the country to do what it feels like it needs to do for the betterment of the country.”
The CCJ periodically receives updates on the progress of implementing the Consent Order.