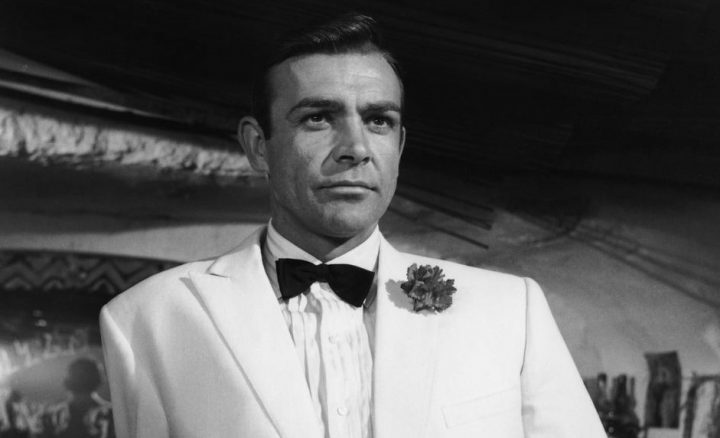 By Aaron Humes: “Bond. James Bond.” It was a phrase that came to define Sir Sean Connery, 90, almost as much as the character in whose guise he first uttered it in 1962. Since Sean Connery was the first James Bond actor, many middle aged and senior Belizeans grew up recognizing him as the life-long image of James Bond; this despite other actors came on board to replace him in more recent James Bond movies.

The Scotsman from Edinburgh inaugurated the beloved film series based on the Ian Fleming books with six official appearances between 1962 and 1971 (plus a seventh unofficial appearance in 1983) and for many, defined and played the womanizing British spy best.

Connery died at home in the Bahamas in his sleep after a long period of illness overnight, his family confirmed, according to the BBC.

Son Jason said many of his family were present with him, adding “We are all working at understanding this huge event as it only happened so recently, even though my dad has been unwell for some time. A sad day for all who knew and loved my dad and a sad loss for all people around the world who enjoyed the wonderful gift he had as an actor.”

Connery’s acting career spanned five decades and he won an Oscar in 1988 for his role in The Untouchables. His other films included The Hunt for Red October, Highlander, Indiana Jones and the Last Crusade and The Rock.

The tributes have begun pouring in. Daniel Craig, the current James Bond, said Sir Sean was “one of the true greats of cinema…He defined an era and a style. The wit and charm he portrayed on screen could be measured in mega watts; he helped create the modern blockbuster.”

Dame Shirley Bassey, who sang the themes to three Bond films including Goldfinger, paid tribute saying: “I’m incredibly saddened to hear of Sean’s passing. My thoughts are with his family. He was a wonderful person, a true gentleman and we will be forever connected by Bond.”

Bond producers Michael G Wilson and Barbara Broccoli said they were “devastated by the news” of his death. They said: “He was and shall always be remembered as the original James Bond whose indelible entrance into cinema history began when he announced those unforgettable words ‘the name’s Bond… James Bond’. “He revolutionized the world with his gritty and witty portrayal of the sexy and charismatic secret agent. He is undoubtedly largely responsible for the success of the film series and we shall be forever grateful to him.”

His publicist Nancy Seltzer said: “There will be a private ceremony followed by a memorial yet to be planned once the virus has ended.” He leaves wife Micheline and sons Jason and Stephane.