Who killed Belize’s papaya industry? – Instead of exporting papaya, we exported the whole industry to the Dominican Republic 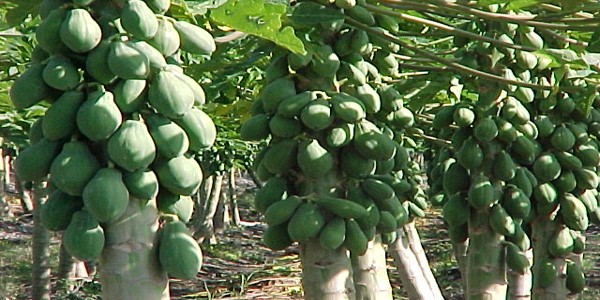 A Paid Contribution:  During the period 1992 to 2016, Belize’s high quality papayas were continuously on display on the supermarket shelves in the US, and they were labelled “A PROUD PRODUCT OF BELIZE”. In 2006, under the able stewardship of the PUP, papaya exports peaked at 72 million pounds, earning $31 million in much needed foreign exchange (See Table 1 below) for Belize. The projections for the period 2009-2018 was for Belize to export between $40 and $60 million worth of papayas. At least 5 companies were involved in papaya production, over 1,000 workers were employed in the industry, and government institutions such as the Belize Agriculture Health Authority (BAHA) were making significant revenues from inspecting the export of Belize’s papayas.

Indeed, papaya was a well established and thriving industry, second only to sugar in North.  However, in 2016, the largest producer of papaya in Belize, Brooks Tropicals and their subsidiary packing company, Fruta Bomba, were silently and unceremoniously driven out of Belize by a UDP government that cares little for agriculture and shows little respect for the Belizean farmer. Papaya exports are now almost zero under the UDP. In 2017, we only exported $1.45 million worth of papayas, in 2018, we exported $1.02 million and in 2019 we exported a mere $0.32 million. As the UDP helped to sink the ‘papaya ship’, consumers in Belize had to deal with a surge in papaya prices. Papaya use to sell for $1-2 each; now consumers have to pay anywhere between $5-10 for a papaya.

One of the main reasons why Fruta Bomba left Belize had to do with new bureaucratic regulations that the UDP government put in place to dig wells for farmers. If the wells were approved on a timely basis, there would not have been much of a problem. But the company had to negotiate renting land from farmers, then program the planting of their seedlings and schedule the digging of the wells and installation of the irrigation systems, as they try to program production to supply their customers abroad. Here is where the problems began.

Just like the lands department, where the processing of a title transfer should only take 6-8 weeks, but takes years, the approval process for wells took its own slow ‘turtle-dove’ process. By the time the approval was given to dig the well, the seedlings in the nursery were already long overgrown, had to be thrown away, and new seeds set again. As the bureaucrats would have it, timing was not important to them, and their understanding of business and farming is extremely poor. This affected Fruta Bomba’s ability to program production to supply their customers on contract in the United States. This clearly did not sit well with the papaya company and frustrated the Belizean technicians and managers working in the papaya fields and the packing sheds.

And if the challenge to get permits for wells was not enough, Fruta Bomba, who had an Export Processing Zone (EPZ) operation from the onset in Belize, had to do deal with Belize’s GST and income tax departments eating down their throats. As a senior Belizean born manager working at Fruta Bomba said “the Government tax collectors and some senior government officials were digging for gold on the Fruta Bomba compound, scrutinizing every single asset and every gallon of fuel”. Suffice to know that the World Trade Organization does not encourage the application of export taxes as they are viewed as a disincentive to the promotion of exports. Now with papaya totally gone there is no more gold to dig for.

While cost of labour and infestation by disease played a role too, a greedy and bureaucratic UDP government helped to put the nail in the coffin. In the Prime Ministerial debate held on 28th October, 2020, Belize Progressive Party’s political leader, Patrick Rogers went as far as to accuse the UDP of wanting to have their hands “buttered under the table” to provide incentives to the papaya growers.

While the papaya industry has its early history in 1985, when a US funded project in Northern Belize, established the Belize Agribusiness Company (BABCO), the first commercial planting of papaya occurred in 1990. However, the industry truly took off in 1992 when the George Price government courted and provided an investment incentive to Brooks Tropicals to invest in papaya production and export in Belize.

Now Brooks Tropicals and their subsidiary, Fruta Bomba, are no longer in Belize. Off they went to the Dominican Republic where John Daniels, a Belizean born agriculture technician from Corozal, is managing the complete operations there – from production, to packaging to export.

So we went from exporting papayas to exporting the whole papaya industry, including our technology and our expertise.

The UDP does not believe in agriculture, they have not created any new agriculture industry, they destroyed the papaya industry, they sat idly by and watched the demise of the citrus industry, they gave no support to the development and processing of limes, coconuts, pineapple and soursop in southern Belize, they are currently punishing cattle farmers, and they even tax the sugar out of our farmers’ bread and bun. It took COVID-19 for the UDP to recognize the importance of agriculture. Even Wilfred ‘Sedi’ Elrington speaks about the value of agriculture every time he gets a chance now.

While the UDP does not believe in agriculture and pays lip service to farmers, the PUP build agriculture. A new PUP government, will put agriculture back in its rightful place.

(Source: Statistical Institute of Belize and the Central Bank)