Passenger dies suddenly on flight – emergency landing made in Belize 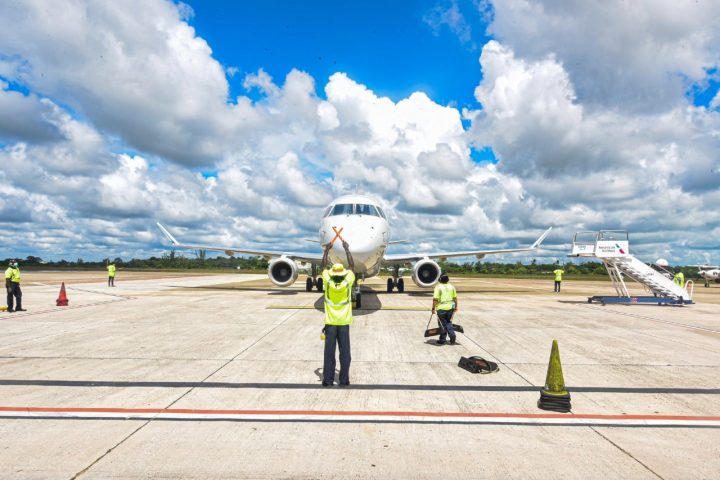 By BBN Staff: Today around 1:45 pm acting upon information received from airport personnel, authorities visited the Philip Goldson International Airport (PGIA) where a female was observed motionless on a mattress inside a wooden building at the airport.

Dr. Hakeem Arzu, the Medical Coordinator at the PGIA reported that a United Airlines flight destined for El Salvador had a medical emergency on board and as such made an emergency landing at the PGIA. Upon landing, an elderly female was inside the bathroom of the flight vomiting and had issues breathing.

Dr. Hakeem Arzu stated that the woman was diabetic and he pronounced her dead at 1:18 pm when she stopped breathing.

Her body was removed from inside the plane and two COVID-19 tests were performed on her. Both tests were negative.

Authorities contacted the Salvadorian Embassy in Belize and arrangements are being made to deal with the body.