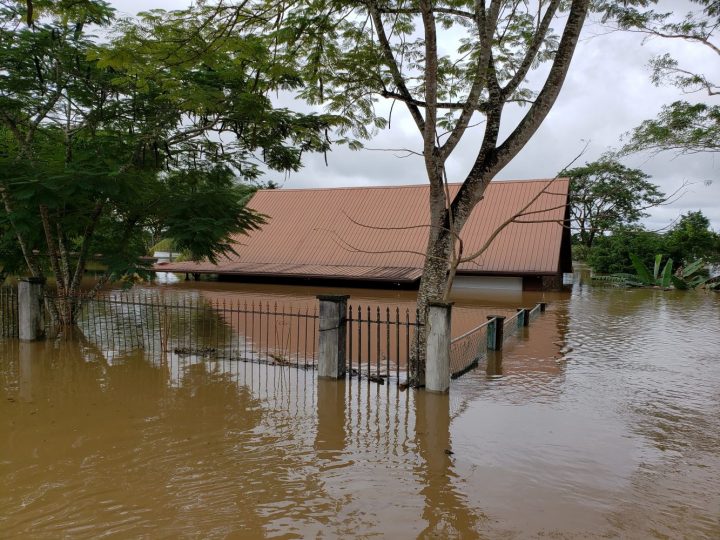 By Aaron Humes: Guatemalan President, Alejandro Giammattei, says at least 100 people were feared dead in a town in the center of the country following mudslides triggered by Storm Eta’s torrential rains. Earlier, the authorities had confirmed at least 50 deaths across the country.

With another ten reported dead in Honduras and two in Nicaragua, the storm’s toll is now more than 160 in just a few days.

The Guatemalan army had reached Quejá, Alta Verapaz, a remote village which saw dozens of houses buried, after battling through blocked roads and continued flooding.

President Giammattei said rescue efforts were limited by the country having only one helicopter adequate for these operations. “We have a lot of people trapped [whom] we have not been able to reach,” he said. A state of emergency has been declared in many areas. The president described the situation in Quejá as “critical”. No bodies have yet been recovered from the area.

Eta landed in Nicaragua on Tuesday at Category Four level winds (140 miles per hour), weakening to tropical depression status as it moved into neighbouring Honduras and later Guatemala.

Hundreds more in Honduras await rescue from flooded areas; on Twitter, Foreign Affairs Minister Lisandro Rosales said: “The destruction that Eta leaves us is enormous and public finances are at a critical moment because of Covid-19.” He added: “We make a call to the international community to accelerate the process of recovery and reconstruction.”

Here in Belize, there are no deaths reported but significant damage is expected to property, infrastructure and the agriculture sector due to severe flooding.

As of 9 p.m. tonight, the storm was racing north into the Caribbean Sea, charting a course for Cuba and possibly Florida this weekend, according to the US National Hurricane Center (NHC).