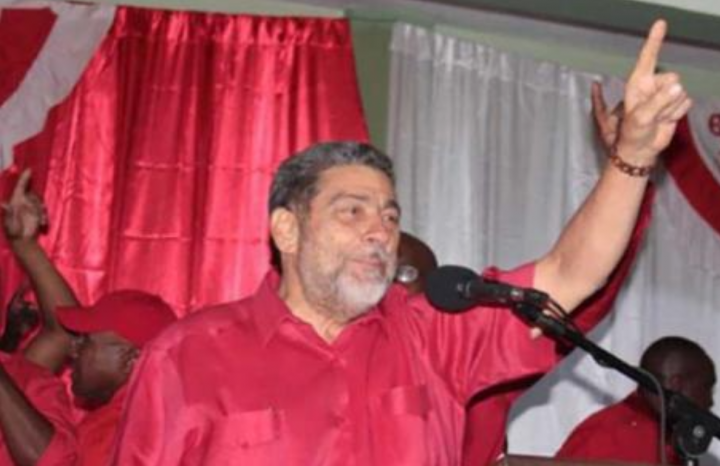 By Aaron Humes: Prime Minister of Saint Vincent and the Grenadines, Dr. Ralph Gonsalves, enters his unprecedented second decade in the post after securing a fifth consecutive victory for his Unity Labour Party (ULP) in Thursday’s general election, the Jamaica Gleaner reports.

The current chair of the Caribbean Community (CARICOM) saw his party gain nine seats of 15, up three from the one-seat majority the ULP held in the past two general elections; the opposition New Democratic Party (NDP) held the other six.

Gonsalves, 74, easily won his North Central Windward seat, which he has been representing since 2001, brushing aside his two contenders – Chieftain Neptune of the main opposition New Democratic Party (NDP) and Kadmiel McFee of the SVG Green Party.

In a message posted on his Facebook page, Gonsalves, Prime Minister since 2001, thanked voters for returning the ULP to power.

“It’s celebration time. It is five in they tail,” he wrote. “I am humbled and honored that the people of St Vincent & the Grenadines embraced our bold vision for the future and rejected the politics of hate, backwardness and colonialism.”

But one of the casualties of the election was Health Minister Luke Brown, who was defeated by newcomer, Dwight Fitzgerald Bramble, in the East Kingstown constituency.

NDP leader Dr. Godwin Friday, 61, who led the party into a general election for the first time, easily retained the Northern Grenadines seat he has represented in Parliament since 2001.

The NDP also swept the two seats on the sister isles of the Grenadines.