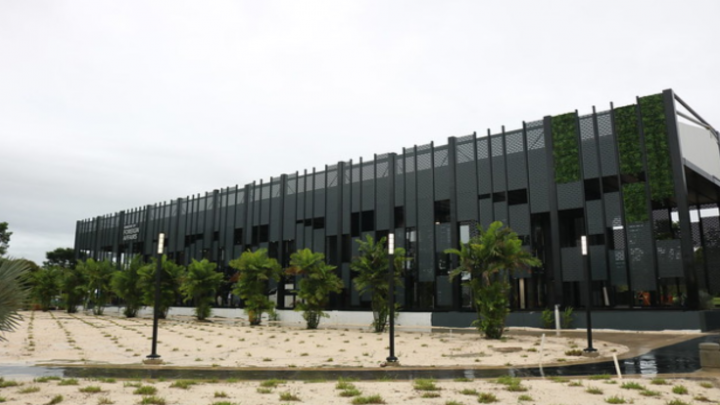 By BBN Staff: This week, the Ministry of Foreign Affairs (MOFA), in collaboration with the Embassy of the Republic of China (Taiwan), unveiled its new headquarters, the Leigh Richardson Building in Belmopan.

The MOFA said today that the building represents another milestone in the long-standing bilateral relationship between Belize and Taiwan.

“It establishes the first-ever headquarters building for the Ministry of Foreign Affairs in the history of Belize. The new headquarters is named in honour of the late Belizean nationalist Leigh Isiah Richardson, one of the first Belizeans who represented Belize officially in international affairs abroad,” the MOFA said.

The Ministry and Embassy held an inauguration ceremony on Thursday. At the ceremony Ambassador H.E. Remus Li-Kuo Chen, Ambassador of Taiwan to Belize, conferred the Grand Medal of Diplomacy to Foreign Minister Wilfred Elrington, in honor of his 12 years at the Ministry, making him Belize’s longest-serving Foreign Minister.

The Ministry added that Belize and Taiwan have enjoyed 31 years of diplomatic relations, during which, Taiwan has contributed significantly to the modernization of Belize through the enhancement of human resources development, capacity building, technical assistance, and facilitation of Belize’s participation and interaction with international and regional stakeholders. The MOFA also said that Taiwan has supported Belize in key areas of development such as agriculture, tourism, health, education, culture, technology, infrastructure, and culture, among others.