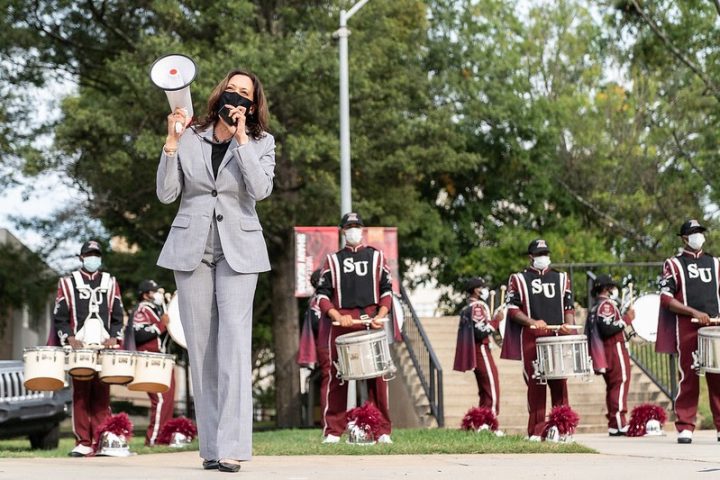 By Zoila Palma Gonzalez: Kamala Harris has made history becoming the first female Vice President of the United States of America.

Harris, the daughter of Jamaican and Indian parents emerged in May as a leading voice on racial justice and police reform after the killing of George Floyd.

Harris was born on October 20 in 1964, at Oakland in California. Her mother, a cancer biologist, migrated to the US from Tamil Nadu, India and her father, Donald Harris, an economist, moved to the US from Jamaica.

Harris is now the first woman and first black American Vice President of the US with Caribbean roots.

The 46th President elect of the US, Joe Biden and Vice President Harris have received congratulatory messages from world leaders including Belize’s Prime Minister Dean Barrow.

Former President Barack Obama, who served as the first African-American president of the US congratulated Biden and Harris on their election win.

“I could not be prouder to congratulate our next President, Joe Biden, and our next First Lady, Jill Biden. I also couldn’t be prouder to congratulate Kamala Harris and Doug Emhoff for Kamala’s groundbreaking election as our next Vice President. In this election, under circumstances never experienced, Americans turned out in numbers never seen. And once every vote is counted, President-Elect Biden and Vice President-Elect Harris will have won a historic and decisive victory,” Obama expressed.

Harris, a trailblazing Senator from California has served as San Francisco’s first female district attorney and was California’s first woman of color to be elected attorney general.