Rodwell Ferguson-A Man of the People 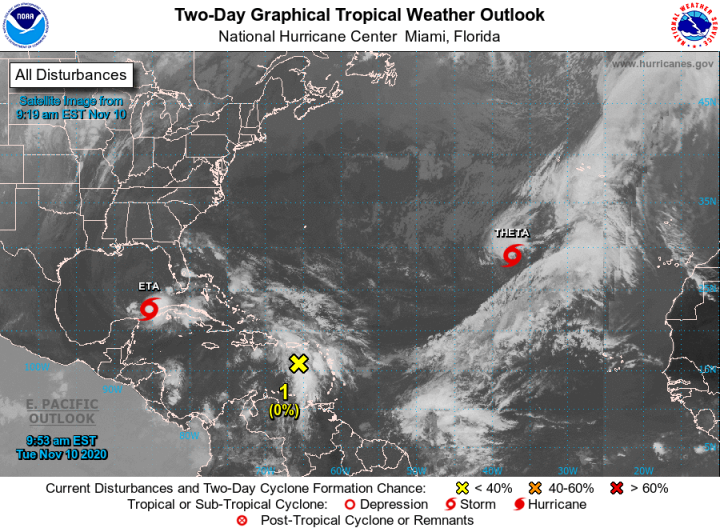 By BBN Staff: According to the United States National Hurricane Center (NHC), a new Subtropical storm “Theta” formed in the Atlantic Ocean last night, making 2020 the most active hurricane season on record.

The NHC said that Theta, named after the eighth letter of the Greek alphabet, is the 29th storm of the season.

The NHC also said that there are no watches or warnings in place as Theta is projected to travel east and stay in open water before dissipating.

The previous record for the most active season was set in 2005 when there were 28 named storms.

Storms are named once they hit a wind speed of 39mph, this occurred so frequently in 2020 that by September all 21 English storm names had been exhausted, leaving Meteorologists to turn to the Greek alphabet for storm names. Back in September, there was a period where five named storms were all active at once.

Notably, 12 of the named storms this year went on to become hurricanes. Weather experts are currently monitoring Tropical Storm Eta as it threatens flooding in south Florida and another area in the Atlantic which has a 50 percent probability of storm formation within the next five days.

There are still 20 days left in the 2020 Atlantic Hurricane season.