Denise “Sista B” Barrow: Will she go, or will she stay? 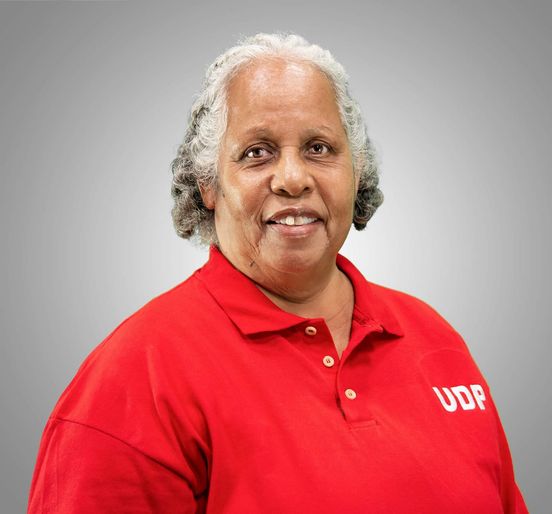 By Aaron Humes: The rumours – so far, only rumours – have been flying since election night Wednesday that declared winner for Queen’s Square, Denise “Sista B” Barrow, may give up the seat she spent months campaigning for.

Barrow, sister to former Prime Minister Dean Barrow and his chief campaigner in the division for many years, took up the mantle after Barrow announced he would stand down due to health problems and in consequence of his three-term limit as Prime Minister. The brother-sister team have delivered the division ever since 1984 when it was created, and Dean Barrow openly acknowledged during the 2015 election that he rarely stepped foot in the division to campaign in that cycle, Denise having done much of the groundwork.

Former Attorney General, Minister of National Security, Senator and Speaker of the House Michael Peyrefitte had been the touted successor but chose to run in an internal convention in Port Loyola instead and was defeated by Philip Willoughby, who lost Wednesday’s general election in turn to Gilroy Usher, Senior. He may yet re-enter the frame.

Barrow defeated Allan Pollard by 331 votes, the closest the division has been since 2003 when Dean Barrow stopped Richard “Dickie” Bradley by about 250 votes. In the “wave” year of 1998, Barrow edged Bradley by 47 votes.

A resignation before the National Assembly has even met for the first time in its new term – without having even been sworn in – would be unprecedented and historic, to say the least. But the Constitution has specific guidelines on election to and disqualification and/or resignation from the House.

Section 58 of the Constitution disqualifies persons who are allegiant to foreign powers; bankrupts; insane or of unsound mind; facing capital punishment or a sentence longer than twelve months for a crime, including a suspended sentence; involved with the conduct of elections or compilation or revision of electoral registers (the latter are normally Magistrates and members of the Judiciary); convicted of election-related offences; members of the security forces, armed and otherwise; or a party to a contract with the Government not publicly disclosed, from being a member of the House. As far as we know, none of these applies to Denise Barrow.

Resignations under Section 59 occur, other than by dissolution of the National Assembly, when a member has missed meetings without explanation under the House’s Standing Orders; ceases to be a citizen of Belize; faces conditions that would ordinarily disqualify him from serving under Section 58; becomes a party to a Government contract; or resigns from his political party and/or crosses the floor or is recalled. Again, as the House has not yet met, none of the provisions above apply.