Weather: some showers return as fair weather continues through weekend

Minister of State Mike Espat is COVID-19 positive and hospitalized 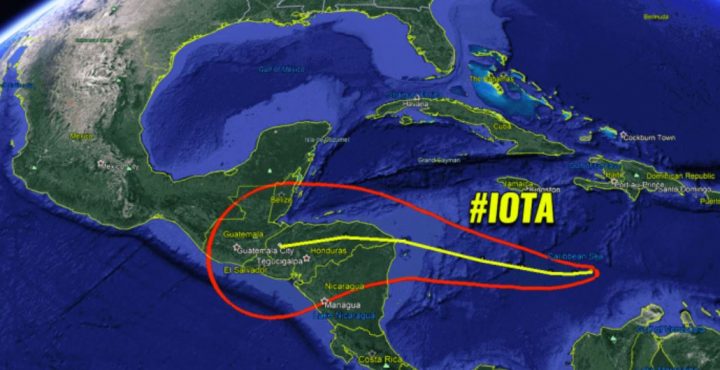 By Aaron Humes: Barely a week after Hurricane Eta lashed Nicaragua and the northern triangle of Central America, Storm Iota is preparing to do the same.

As of 9 a.m. Belize time per the U.S. National Hurricane Center, Iota was located near latitude 12.7 North, longitude 76.2 West, 370 miles south of Kingston, Jamaica, and 495 miles east-southeast of Cabo Gracias a Dios on the Nicaragua-Honduras border.

Iota is moving toward the west-southwest near 5 miles per hour with maximum sustained winds of 40 miles per hour. A westward motion with some increase in forwarding speed is expected to begin later today and continue through Monday.

On the forecast track, Iota will move across the central Caribbean Sea during the next day or so and approach the coasts of Nicaragua and northeastern Honduras on Monday. A hurricane watch will likely be issued later today for portions of Nicaragua and Honduras.

Steady to rapid strengthening is likely to begin tonight or Sunday, and Iota is forecast to be at or near major hurricane strength when it approaches Central America.

For southern Belize, Iota is expected to produce between 8 to 16 inches of rainfall through next Thursday, potentially worsening flooding conditions caused by Eta countrywide. This rainfall would lead to significant, life-threatening flash flooding and river flooding, along with mudslides in areas of higher terrain.

The next significant advisory is at noon Belize time.