New members of Cabinet swear in 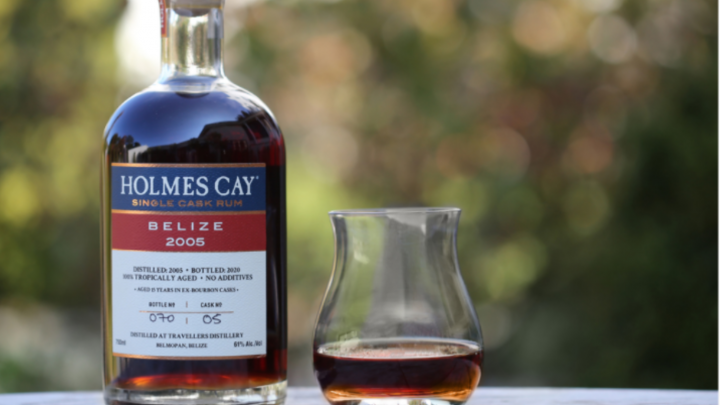 By BBN Staff: Rob Report, a luxury lifestyle magazine based in California, USA, has featured a rum distilled by Traveller’s Liquors as one of the nine best rums in the world.

Rob Report’s article “The 9 best rums to drink right now” features the Holmes Caye Single Cask Rum: Belize 2005 Edition, which was made through a collaboration between Traveler’s Liquors and the international rum company  Holmes Cay. Rob Report notes that the rum is the country’s first-ever tropically aged cask strength rum to be offered for sale in the US.

“Fifteen years in a barrel in the heat of Belize (a surprising amount of rum is aged in more temperate European warehouses, hence the “tropically aged” distinction) has given the rum a shockingly dark ruby-amber color. On the palate it’s intense as well, with notes of dark cherry, baking spices, stewed prunes, and a hint of tobacco,” Rob Report said. “It’s a fascinating rum that’s a top-of-the-line introduction for Belizean rum novices.”

The Holmes Cay Belize 2005 was tropically aged for 15 years in ex-Bourbon casks and made available for sale earlier this year. The rum has no sugar, color, flavor nor adulterations and was bottled at cask strength, or 61% alcohol by volume.

Traveler’s Liquors is no stranger to international recognition, with its classical White Rum winning the title of Best White Rum at the White Rum Tasting competition in New York back in 2014, and it’s One Barrel Rum receiving a Gold medal at the Wine & Spirits Wholesalers of America (WSWA) 72nd Annual Convention & Exposition in 2015 among other accolades.