Minister of Education, Culture, Science and Technology is Francis Fonseca

Great expectations ahead for new Minister of Agriculture Jose Mai 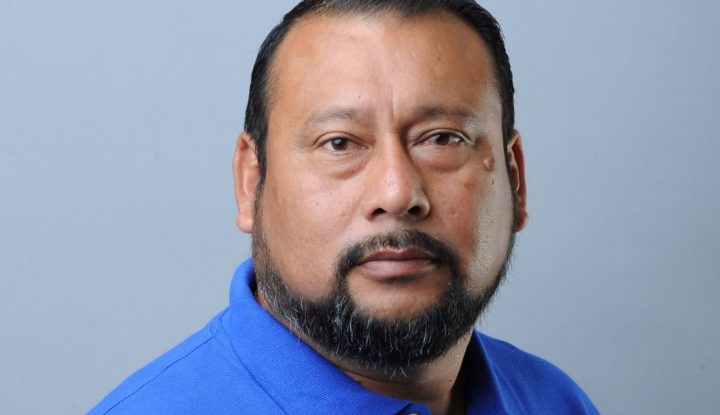 By BBN Staff: The People’s United Party (PUP) solidified its role as the new Government of Belize (GOB) when it swore in its ministers of Cabinet on Monday of this week. While each minister is expected to have their hands full with their new portfolios, newly appointed Minister of Agriculture, Food Security, and Enterprise, Jose Mai, takes over one of the most important portfolios in Belize at one of the most challenging times in the country’s history. The support for Mai and the PUP from farmers across the length and breadth of Belize was overwhelming and expectations are riding high for Mai and the PUP government to perform.

Mai, 51, has been the Area Representative for the people of Orange Walk South since 2012, and was appointed by John Briceno to serve as the PUP’s Shadow Minister of Agriculture for the last few years. He has been one of the former administration’s most vocal critics of the agricultural policies of the Barrow government.

Jose Abelardo Mai takes over the Ministry at a time when the agricultural sector suffered massive losses between 2019-2020 due to extreme drought conditions, that cost farmers over $52 million in damages. Mai also is expected to lead Belize’s agriculture development during the COVID-19 global pandemic which has caused several economic pressures for Belize, including a severe shortage of foreign exchange that worsens by the day. With exports earning some $400 million last year, and imports being almost $2 billion, there will be increased pressure for industries, particularly in agriculture, to increase their performance and reduce the large trade deficit. Dwindling petroleum exports also means increased pressure for the country to diversify and find more export-oriented industries.

Sugar, Belize’s number one export, was already suffering due to the removal of preferential treatment in European markets, and despite Belize having increased sugar production with the Santander sugar company coming on board and investing in new acreages and a new plant in the Cayo district, lower world market prices have kept foreign exchange earning from keeping pace with increased production. Sugar production and quality were also affected severely by the 2019 drought and Belize’s high cost of production for sugar remains an ongoing challenge.

Cattle exports remain a critical issue, as Belize has around 30-40,000 excess heads of cattle every year, and the formal exports to neighbouring Mexico or Guatemala that government has been promising since 2010 has been a mere trickle. While over 30,000 heads are exported informally to Guatemala every year, formal exports has been less than 300 so far in 2020. The day after the PUP won national elections by a landslide, and Mai was appointed Minister of Agriculture, Food Security, and Enterprise, he gave the green light for informal cattle exports to resume.

Combine the above issues along with erratic weather conditions due to climate change and the need to balance large scale commercial agriculture with sustainable development and the preservation of nature and reducing agriculture’s impact on the environment, while working with a reduced budget in pandemic times, and it is abundantly clear that Mai has what can only be described as a daunting task ahead of him.