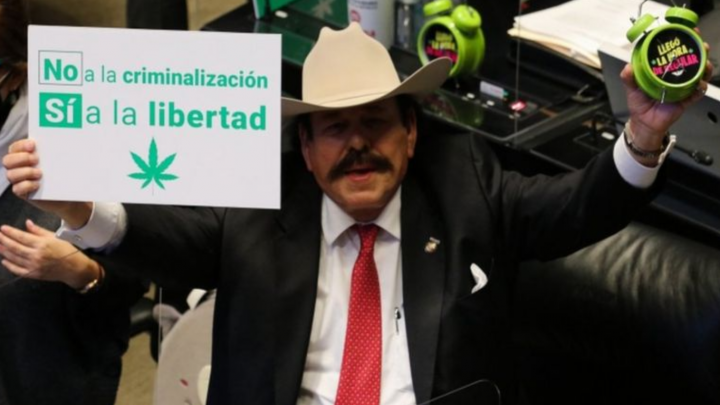 By Aaron Humes: A four-fifths majority of the Mexican Senate on Thursday passed a bill aimed at curbing violent crime linked to drug trafficking by legalizing cannabis for recreational use, the BBC reports.

The bill must now go through the lower house, the Chamber of Deputies, to become law.

Mexico has for years struggled with the powerful drug cartels based mainly in the north of the country, with violence killing tens of thousands every year.

But public opinion on legalization has shifted to reflect the growing sentiment about removing the prohibition on drug usage.

The Mexican Supreme Court in 2018 allowed users to carry up to five grams (0.18 ounces) of the drug. The new bill raises this limit to 28 grams and allows users to grow as many as four plants at home.

Businesses would be allowed to sell cannabis to adults, but anyone possessing more than 28 grams of the drug could still be fined or criminally prosecuted.

Children would still be banned from buying, using, or selling the drug.

There is still some opposition as critics argue the bill could make cannabis more accessible to children and cause health problems.

Damián Zepeda Vidales from the National Action Party opposed the move on those grounds. “When we are going to vote for a reform, we should always ask ourselves whether it is going to bring something positive to the country or not,” he said. “Without a doubt, in this case, we feel it won’t. We don’t think it’s positive that it will be accessible to youngsters and also children.”

Should the bill be approved, Mexico would become the third country in the world, after Uruguay and Canada, to legalize cannabis for recreational use nationwide. In addition to decriminalizing the recreational use of cannabis, the bill would allow for the drug to be used for scientific, medical, and industrial purposes.