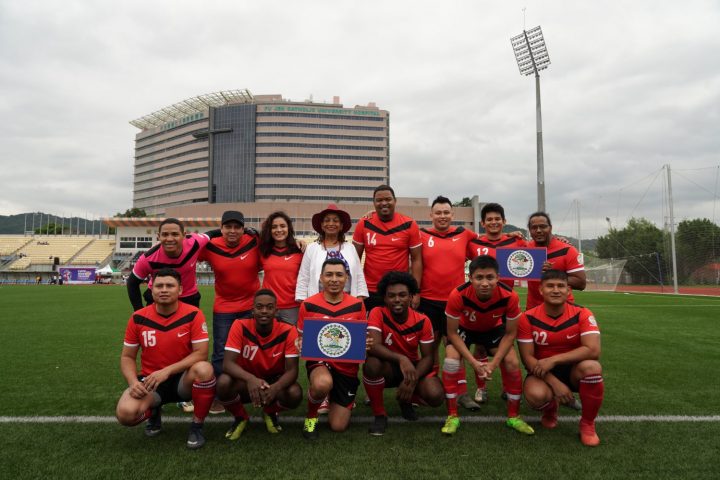 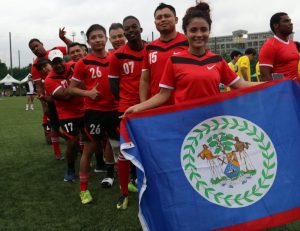 By BBN Staff: Copa America Taiwan is a semiprofessional football tournament that has been held annually on the Asian island since 2014.

The tournament took place at Fu Jen Catholic University Stadium on the October 17 and 18.

This year, the organization of the tournament was in charge of the Honduran Juan Fernando Herrera Ramos and for the first time, it involved a Taiwanese non-governmental organization called the Taiwan Digital Diplomacy Association (TDDA).

The tournament had the participation of 13 countries adding to a total of 23 teams, 13 of them registered for the men’s competition: Honduras, France, Panama, Spain, Guatemala, Paraguay, Taiwan, Nicaragua, Haiti, El Salvador, Belize, the United Kingdom and the kingdom of Eswatini.

During the two days of Copa America Taiwan, more than 3,500 people attended to watch the competition and since it finished.

This year’s event featured a food festival attended by 14 teams of vendors from different countries around the world.

In addition to the food, the event also had the participation of 42 artists from different nationalities, who made the event’s stage shine with traditional rhythms and dances from their countries, turning this year’s Copa América Taiwan into a true sport, gastronomic, cultural and diplomatic festival.

President Tsai Ying-Wen invited the Taiwanese community to attend the competition through a post on her social media, which resulted in a large turnout.

The event was attended by representatives of the embassies of Belize, Honduras, Guatemala, Eswatini, Nicaragua, Haiti and Paraguay.

At the opening ceremony of the event, the Vice Minister of Ministry of Foreign Affairs said that “currently when the world lives under the threat of the COVID-19 pandemic, Taiwan is fortunate to be able to carry out activities without being too affected”.

The Belizean team, managed by Hector Cambranes and coached by the former female national team player Delmi Yojana Cornelio, was eliminated in the group stage after defeating Panama’s national team but losing to the Haitian and French teams, with the latter advancing to win second place in the tournament.

For the female competition, 6 teams were registered: Honduras, Panama, Guatemala, Taiwan, Paraguay and a team made up of players from different countries.

The tournament also featured the presence of 4 children’s teams between the ages of 6 and 9, whose performance attracted the applause from the crowd.

The Copa América Taiwan is a soccer tournament and cultural exchange created by representatives from different Latin American countries and the world. Its main objective is to unite the Latino and Taiwanese community through sports and promote cultural diversity.