A nation waits – Will the naming of CEO’s be postponed due to COVID outbreak? 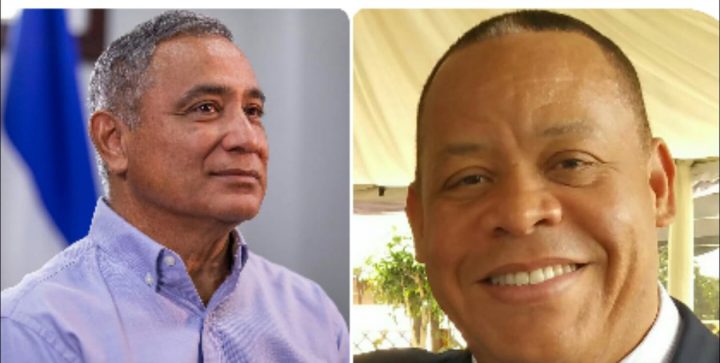 By Aaron Humes: The first regular meeting of Cabinet, due today in Belmopan, was intended to put some order among the seeming uncertainties of the first 12 days of the new John Briceño administration.

Having named his Ministerial colleagues, names began to float about for the next major step – the Chief Executive Officer (CEO) in each Ministry.

But many of the early names floated, familiar from the last People’s United Party administration, carried a bitter tastes for some. Narda Garcia, who was expected to be named CEO in the Office of the Prime Minister, was a key figure in the Social Security Board debacle; Dr. Marco Tulio Mendez, former representative, apparently still has not been forgiven for sexual assault allegations that were dismissed in court; and Amalia Mai, former ambassador who turned up as the new CEO in the Ministry of Foreign Affairs, was key in the negotiation of $20 million grant from Venezuela, and this was later used in part to settle the UHS/Belize Bank affair – a matter still unsettled 12 years later.

Servulo Baeza, a former Minister, was tapped in the Ministry of Agriculture under compatriot Jose Mai but apart from being a former Minister, Baeza is relatively unscathed and free from any allegations against him. In fact, Baeza was a former member of the G-7 and this may have gained him some credence. Several of these persons appeared to have gone ahead and installed themselves in office despite not formally approved by the new Prime Minister and/or contracted by the new Cabinet Secretary, Stuart Leslie. As a result there appeared to be a hasty retreat by some of the expectant appointees.

It forced the new Prime Minister to declare by video message last week that Constitutionally, CEO’s must be approved on his advice to the Governor-General, and that he would make that advice after consulting with his Cabinet.

Other hopeful CEOs such as Marian McNab and Margaret Ventura who have both been career pubic officers and are being considered for the Education, Public Service or other Ministries, waited for their names to be given formal consideration and announced officially.

Whether Cabinet will meet remotely if possible is uncertain, but a face-to-face meeting is certainly out after Briceño and Cabinet Secretary Stuart Leslie both contracted COVID-19, on the heels of Mike Espat doing so last week.

It is important to note that the work of the Government continues with the current senior officials nominally in charge.

In far more settled times in 2015, then-Prime Minister Dean Barrow, starting his third term, had named Ministers, Senators, CEO’s, the Speaker of the House and the President of the Senate, all in one press conference at the Biltmore. Granted, many of those were holdovers – only two CEO’s were new to the administration then. Generally, it hasn’t taken much more time to name and fill all of those key positions in the Legislature and Public Service for any administration since Independence.

No date has even been named for the first meeting of the new House of Representatives, and most of those positions remain unfilled even now. Contracting COVID-19 amid all the challenges facing the nation, and now with governance issues to sort out quickly – in all, not the start the new P.M. must have been hoping for.

Briceño is currently isolated, with hopes of a clearing up of symptoms within 7 to 14 days.