Belize saluted on the occasion of World AIDS Day 2020

Government Toyota Prado sold for $12,500 by past administration 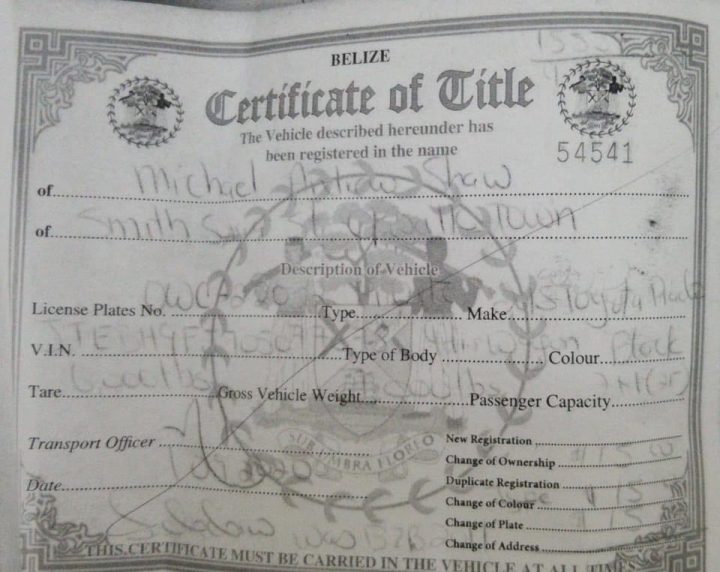 By Aaron Humes: Breaking Belize News has been shown documentation that appears to establish allegations made by the Public Service Union (PSU) that there was a rock-bottom sale of Government assets such as vehicles and office equipment, facilitated by the Ministry of Finance’s Assets and Utilities Management Unit under the previous administration before general elections were called.

Manager of the Unit, Ruperto Vicente communicated with one Michael Shaw on June 25, advising that the Minister of Finance, no other than former three-term Prime Minister, Dean Oliver Barrow, had approved the waiver of boarding and sale for an “unserviceable” Toyota Prado, which he was now being offered for $12,500 inclusive of taxes and all other duties. The Prado was previously property of the Ministry of Foreign Affairs.

Shaw apparently agreed, as a revenue collector’s receipt from the Treasury we have seen confirms, that he paid the purchase price for the vehicle, and subsequently changed title to his name.

The PSU had alleged that it had been unable to get the list of Government assets, particularly vehicles from Vicente or from Financial Secretary, Joseph Waight, for several months and further alleges that vehicles were sold to cronies of the former administration, who were seen using them for election-related work on Election Day.

Further, the Union says the Accountant General and Auditor General tacitly approved the sales without properly checking into them.

The new administration has promised to meet with the Union and initiate a proper investigation. 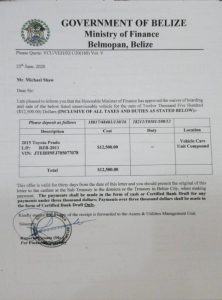 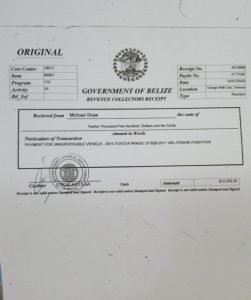