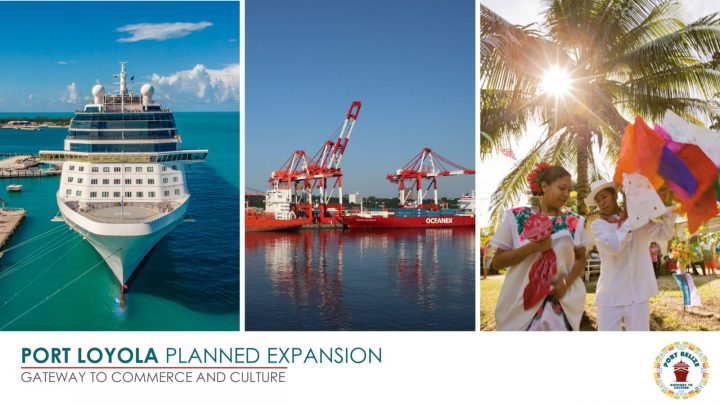 By BBN Staff: Minister of the new and creative Blue Economy portfolio in Belize, Andre Perez, has called for a re-think of consultations for the proposed Port of Belize Cruise and Cargo Expansion Project in the Port Loyola of Belize City. The re-think is requested in order to “seek ways of addressing major concerns such as ocean dumping in the area proposed which has the potential to jeopardize Belize’s important World Heritage Site, the Barrier Reef, while significantly impacting the tourism sector”.

This position, Minister Perez said, was taken after following with interest the recent developments regarding the project, consulting with various stakeholders and dialoguing with the Prime Minister and other Ministers of government.

In an official statement the Minister noted that he has been updated by the Fisheries Department as well as other concerned environmental non-governmental organizations which he characterizes as important players in the development of the new Blue Economy model. “We have been listening to the concerns of those that have been studying and opposing this project ever since it was proposed under the previous government as well as the consultants for the Port of Belize Cruise Project,” Perez said.

The consultation process, Perez claims, has been flawed, and “there are several entities that have been called out as having endorsed this project while they have publicly stated that they have not. They may have been consulted but that cannot be classified as an endorsement.” The Port of Belize Cruise and Cargo Expansion project has also not been endorsed by the Ministry of Blue Economy, and all discussions from now on will be held under the watchful eye of this new Ministry.

Minister Perez reiterated that the Blue Economy Ministry “will ensure equilibrium between economic growth while protecting and conserving our oceanic ecosystem”.  As part of the Blue Economy Master Plan, which has not yet been formulated, the Minister promised that projects such as the Port of Belize Cruise will be given greater attention and consideration.

According to the Minister, his decision was also guided by the many other pressing national issues that need urgent attention, including the current economic crisis, the increasing number of COVID-19 cases and deaths, and the effects of major flooding in many parts of our country.