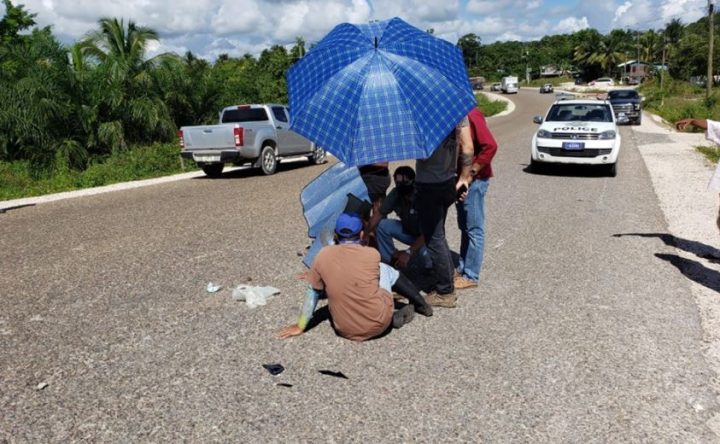 By BBN Staff: An elderly man died today after he was knocked down on Monday morning by John August, former Mayor of San Ignacio/Santa Elena.

Shortly after 11am, Daniel Gongora, 92, was attempting to cross the road in Unitedville when he was hit by a pickup driven by John August.

August had reported that while traveling from San Ignacio to Belmopan, he approached a hill, and while coming down the hill near Yi Long store in Unitedville, he saw an elderly man in a distance crossing the George Price Highway. August claimed that he applied brakes to his vehicle and tried swerving left to avoid hitting the man. However, he still ended up hitting him with the right front side of the vehicle.

Immediately after the accident, Gongora was taken to the Western Regional Hospital for treatment, but he died earlier this evening.