“Plantain no eat like rice:” even malnutrition is unequal in Latin America and Caribbean, says U.N.

United Nations: cannabis no longer listed among most dangerous drugs in the world 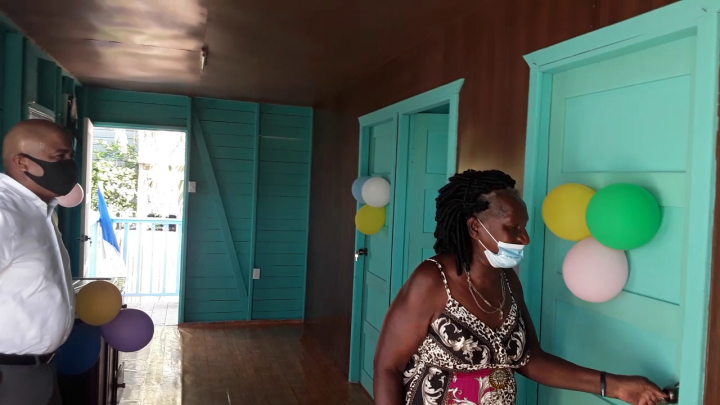 By Aaron Humes: The horror show that was her old home on Sunflower Street in the Lake Independence area literally made senior citizen Orie May Evans afraid. Every creak in the house’s less-than-sturdy foundations, she said, presaged doom.

Indeed, after getting an assessment from a Belize City Council team that the house was unsalvageable after meeting Mayor Bernard Wagner, she was still afraid, as she said, because “as usual, everybody like promise and promise and promise; I wasn’t really looking out for it. Because too many promises, and [it’s] not fulfilled.”

Today, though, she was handed the keys to a $24,000 elevated two-bedroom, one-bathroom wooden structure which she will share with granddaughter Tamarra Charlesworth, who has been taking care of her in her old age and also recently graduated from Gwen Lizarraga High School.

Mayor Wagner said he had been moved by her humility in approaching him when the Council was in the area fixing the street a few weeks ago, and reminded that above the usual mandate of streets, drains, and garbage is a personal responsibility to the many citizens, young and old, of the Old Capital.

It was a collaborative effort by City Hall and several businesses: the Belize Bank Limited, Golden Bay, Benny’s Home Center (which provided building materials) and GEL Quarry for landfill.

It had been a promise by the Council to provide houses where it could, but those plans have largely been on hold due to the Council’s financial woes. The Mayor told us he was on the hunt for the subject of a recent television news story whose home was flooded by recent rains.