Women poised for positions of power in new PUP administration 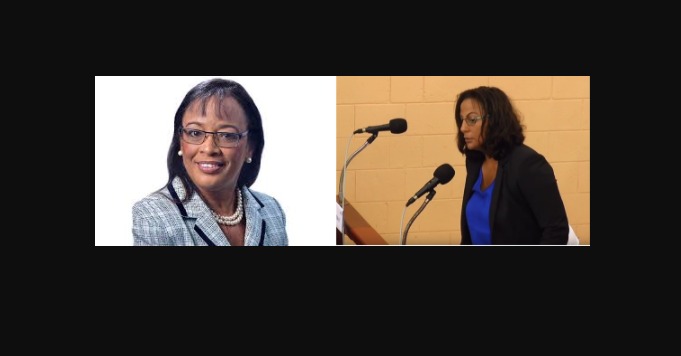 By BBN Staff: Since its landslide victory in November, the new People’s United Party (PUP) administration has been busy settling into office while taking the reigns of managing national issues such as handling the ongoing COVID-19 pandemic locally, revitalizing a ravaged economy, and ensuring women continue to play a crucial role in the development of the country under the new government.

Yesterday, the government announced its appointments for Speaker of the House and members of Senate including the Senate’s president. Both senior roles, House Speaker and Senate President, were filled out by prominent women in Belizean politics, with Valerie Woods taking the former, and Carolyn Trench Sandiford being appointed to the latter.

Woods inherits the position from another prominent woman who served the role of House Speaker, Laura Tucker Longsworth, who assumed the position in 2017. Woods had also previously served as an opposition Senator for the People’s United Party prior to their recent election victory.

Sandiford now replaces former Senate President, Darrell Bradley. She was a former political candidate for the part in the Collet Division, and more recently served as the President of the Belize Planners Association.

Also making headlines this week, is the PUP’s appointment of Amilin Mendez as CEO in the Ministry of Economic Development. Her appointment took many by surprise as she is considered by pundits to be a UDP affiliate, with the now-leader of the Opposition, Patrick Faber, going as far as to publicly claim her as a “UDP CEO” in an interview with the press yesterday. Still, Faber said he viewed her appointment as a measure of good faith by the new Prime Minitser, John Briceno, who recognized her qualifications, a Masters Degree in Economics, and her many years of service to the Ministry.

The PUP also filled out its appointments for Senators in the names of Eamon Courtenay as Leader of Government Business; Christopher Coye; Collet Montejo; Isabel Bennet; Erica Jang and Bevin Cal, making 2 of it 6 senators women appointees.