No more testing of COVID-19 patients after 14-day mark 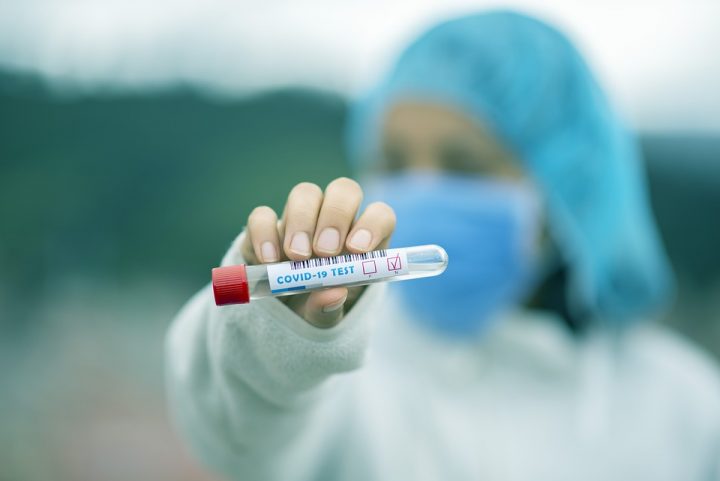 By Aaron Humes: The United States Food and Drug Administration (FDA) has authorized, for emergency use, a COVIID-19 vaccine created by and partner BioNTech SE, offering hope of defeating a pandemic that has killed nearly 300 thousand Americans, Bloomberg reports.

The stage is now set for an immunization drive across the country in the coming days, first inoculating health care workers and senior citizens in long-term care facilities.

Creation of several COVID-19 vaccines proceeded at a faster pace than previously seen in history, but head of the FDA vaccine office Peter Marks said they approved it because “the vaccine’s known and potential benefits clearly outweigh its known and potential risks.” There was also a suggestion that failure to clear the vaccine for use could bring political consequences as lame duck President Donald Trump has expressed his impatience at the slow going of the regulator.

The FDA clearance follows clearances by regulators in the U.K., Canada and other countries.

“We have worked tirelessly to make the impossible possible, steadfast in our belief that science will win,” Pfizer Chief Executive Officer Albert Bourla said in a statement. “As a U.S. company, today’s news brings great pride and tremendous joy that Pfizer has risen to the challenge to develop a vaccine that has the potential to help bring an end to this devastating pandemic.”

The first doses will begin shipping throughout the country immediately, Bourla said in a video message released following the emergency-use authorization.

Trump called it “one of the greatest scientific accomplishments in history” in a video on Twitter, saying the vaccine will save millions of lives and end the pandemic.

A shot similar to Pfizer and BioNTech’s made by Moderna Inc. is expected to gain U.S. clearance next week, providing the country with a potent combination for beating back the pathogen. More vaccines are also expected to be brought to market next year, expanding the arsenal doctors will have to rein in Covid-19.

Pfizer’s vaccine, like Moderna’s, uses a new technology called messenger RNA that turns the body’s own cells into vaccine-producing factories to fight the coronavirus. In a trial of almost 44,000 people, it was 95% effective at preventing symptomatic cases of Covid-19, protecting people of all ages and ethnicities. Crucially, it was able to prevent the most severe infections.

Pfizer and BioNTech plan to provide clinical trial participants who received the placebo the authorized shot “at scheduled timepoints in the study,” the companies said in a joint-release, without elaborating on when those timepoints would be. “The vaccine option will be voluntary and will be implemented in alignment with the regulatory authorities where the trial is conducted.”

Now the questions are about convincing skeptical Americans to take the vaccine, and addressing reports of serious allergic reactions in the UK. That country has told persons with significant allergic reactions to skip getting the vaccine. The FDA has told doctors in the U.S. to have medical interventions on hand to treat such side effects.

The former question will involve a wider campaign to convince the hesitant to get inoculated in the weeks and months ahead.

“As a physician, I have no hesitation recommending that my parents and my patients’ families receive the vaccine, and I encourage all Americans to get vaccinated in the order recommended by the CDC,” said Richard Besser, the president and CEO of the Robert Wood Johnson Foundation and former acting director of the CDC. “When my group is called, I will gladly roll up my sleeve.”

Side effects in Pfizer’s clinical trial were mild and developed more frequently in younger participants in the study, specifically those aged 55 and younger, with no signs of serious safety concerns, according to an FDA staff report on the vaccine’s safety and efficacy.

After the second injection, fatigue and headache were the most common systemic reactions, occurring in 59% and 52% of the younger participants, compared with 51% and 39% in those over age 56. Pfizer said patients in the trial did not experience serious allergic reactions.