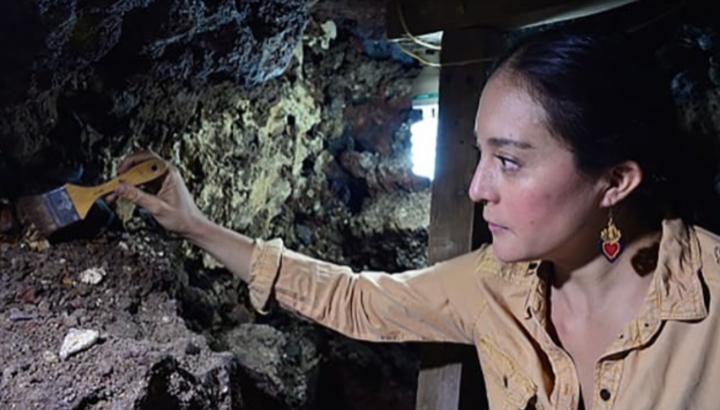 By BBN Staff: According to CNN, archaeologists have discovered a new section of the famous Aztec Tower of Skulls in Mexico City, uncovering the skulls of over 110 people believed to have been killed in ritual sacrifice.

Mexico’s National Institute of History and Anthropology (INAH) said that a team from an  Urban Archeology Program (PAU) discovered a total of 119 skulls at the structure called Huei Tzompantli.

The skulls said to be of men, women and even children date back to a period between 1486 and 1502.  The INAH said that the skulls were of those that were sacrificed to Aztec gods, though it is difficult to determine if any among them were warriors. They determined that at least three children were among the discovered skulls by their small stature and developing teeth.

The initial structure was discovered five years ago along with 484 skulls, and the new section discovered earlier this year. The newly-discovered collection of skulls is believed to be one of seven that stood in the Aztec capital Tenochtitlan.

The INAH also notes that Many structures built by the Aztecs in the city of Tenochtitlan, now Mexico City, were destroyed after the city came under the control of Spanish soldiers and indigenous allies in the 1500s.