The symbolic sounding of the sirens

COVID-19: Has it rewired our brains? 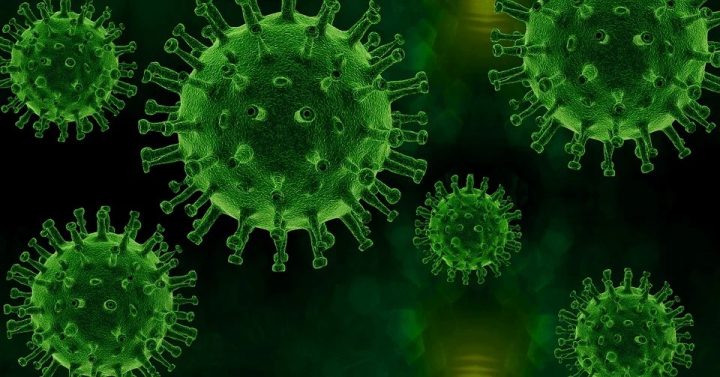 By Aaron Humes: The Guardian (UK) has been speaking to several experts about the mental, emotional and social impact of the COVID-19 pandemic worldwide, most of whom are in agreement that it has changed humanity – though whether for better or worse is still to be determined.

Can we learn from the genius of Sir Isaac Newton, who developed the scientific concept of gravity from seeing an apple fall from a tree during the “Black Death” of the 17th century? He had the benefit of going to his family home which included a large garden with many fruit trees.

Many of us are not so lucky. Those who have not suffered from COVID-19 itself are no doubt suffering from its fallout – job loss, home loss, death of loved ones, divorce, etc. So the answer to questions like ‘How has the pandemic been for you’ and even ‘How are you?’ will have different meanings for many.

Pandemic historian and COVID-19 victim Frank Snowden doesn’t believe in such a thing as a return to normality – because COVID-19 was not random, he says: “Each pandemic has its own properties, and this one – a bit like the bubonic plague – affects mental health. Snowden sees a second pandemic coming “in the train of the Covid-19 first pandemic … [a] psychological pandemic”.

Aoife O’Donovan, an associate professor of psychiatry at the UCSF Weill Institute for Neurosciences in California, who specialises in trauma points to the body’s physical reaction to threats – a biological stress response in which cortisol mobilizes glucose, which triggers the immune system and increases levels of inflammation. It can happen when you hear someone cough, see face masks or a stranger walking toward you without one. The uncertainty of COVID-19 – from its manifestation in each person to how serious and deadly it can be is different and thus informs our responses. O’Donovan suggests that such repeated activation can accelerate biological aging and increase risk for diseases of aging (Alzheimer’s, Parkinson’s etc.)

Socially, we have been deprived of many landmarks and habits – schools, families, friendships, routines and rituals. There is no new normal – just an evolving estrangement, the Guardian writes. Even a simple “how are you?” is heavy with hidden questions (are you infectious?), and rarely brings a straightforward answer; more likely a hypervigilant account of a mysterious high temperature experienced back in February.

Researchers say there has been an increased sense of rejection as people strenuously avoid touch and contact – part of what makes us human.

The neuroscientists Francis McGlone and Merle Fairhurst study nerve fibres called C-tactile afferents, which are concentrated in hard-to-reach places such as the back and shoulders. They wire social touch into a complex reward system, so that when we are stroked, touched, hugged or patted, oxytocin is released, lowering the heart rate and inhibiting the production of cortisone. “Very subtle requirements,” says McGlone, “to keep you on an even plane.”

But McGlone is worried. “Everywhere I look at changes of behaviour during the pandemic, this little flag is flying, this nerve fibre – touch, touch, touch!” While some people – especially those locked down with young children – might be experiencing more touch, others are going entirely without. Fairhurst is examining the data collected from a large survey she and McGlone launched in May, and she is finding those most at risk from the negative emotional impact of loss of touch are young people. “Age is a significant indicator of loneliness and depression,” she says. The loss of the connecting power of touch triggers “factors that contribute to depression – sadness, lower energy levels, lethargy”.

We have lost cultural touchstones – concerts are conducted over television screens, the nature of television and televisual media itself has been altered. Even death has been dehumanizing, fulfilling the Biblical aphorism of “Man, thou art dust, and to dust thou shalt return.” Dying, especially from COVID-19 is isolated in every sense, from hospitalization to burial.

Our individualism, some say, makes a mockery of the almost-hackneyed phrase “We are all in this together”: not when Donald Trump moves to withdraw the U.S. from the World Health Organization (WHO) and offhandedly uses phrases like “the Wuhan virus” or “kung flu” to separate Asian communities from Americans.

Some have compensated positively (more personal grooming, art, even long walks) and others negatively (contributing to increases in deaths and damage from substance abuse and domestic violence).

While humanity has survived previous pandemics, there will be a psychological cost, says O’Donovan, who predicts a rise in the incidence of post-traumatic stress disorder (PTSD), as has happened with the SARS epidemic ten years ago. And even without that grim prospect, some behaviours may have to be re-learned and the fear, in one sense or another, will always be there.

At this time of hope, the Guardian concludes, we can dare to dream: of giving health care its proper and holistic place in society; bringing new clarity to things we have seen many times before, such as working in an office, or even commuting. There are chances for new opportunities and change not only at the macro level, but the micro level. When we emerge from our cocoons, it will be as butterflies, appreciating what we have missed, amplifying what has guided us through, and knowing ourselves as never before.