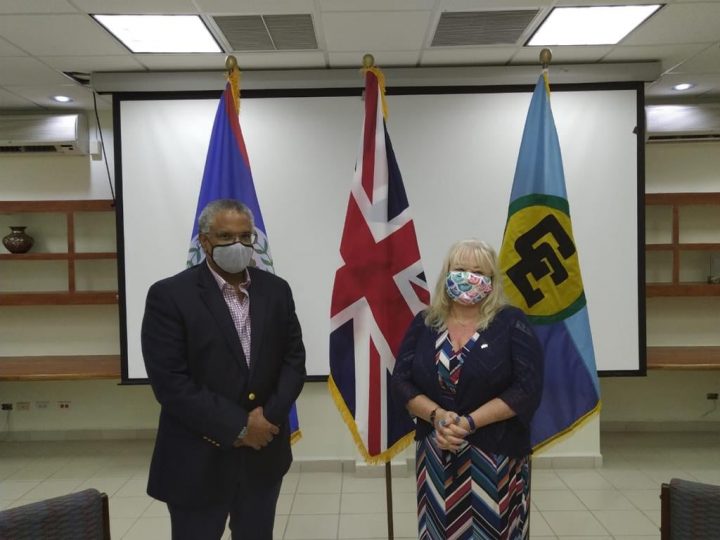 During the meeting, they discussed areas of mutual interest for the Government of Belize and the Government of the United Kingdom of Great Britain and Northern Ireland including the global response of states to the ongoing COVID-19 pandemic and the need for urgent vaccination and technical support in Belize in order to save lives.

Also discussed were matters pertaining to the legal case on the claim on Belizean territory by Guatemala which is before the ICJ.

The Government says that regarding the territorial claim, the Government of the United Kingdom has consistently played an active role in efforts aimed at the peaceful resolution of the Belize-Guatemala territorial dispute.

The officials also spoke about the 2021 United Nations Climate Change Conference (COP26) scheduled for November 2021 in the United Kingdom and matters pertaining to the Commonwealth of Nations and current and upcoming activities of the British Army Training and Support Unit (BATSUB) in Belize.