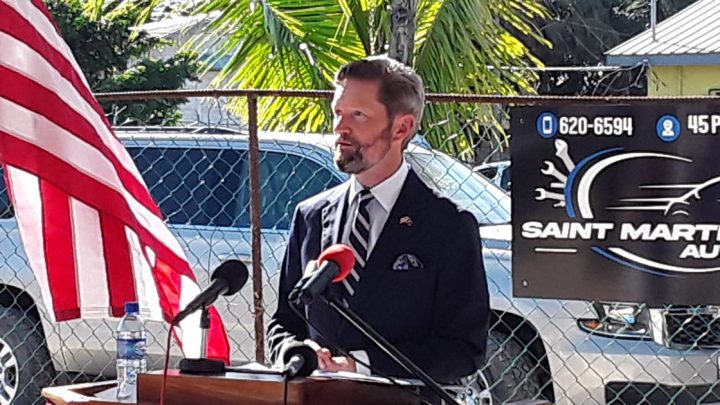 By Aaron Humes: Empowering Communities to Empower Themselves is more than a slogan or the title of the initiative led by the U.S. Embassy in Belize, LOVE Foundation and Kolbe Foundation.

According to U.S. Charge d’Affaires Keith Gilges, it is lived daily by its participants, the residents of St. Martin de Porres and Yarborough, who have been handed a second chance in life and grasped it with both hands.

A few months ago, Yarborough residents welcomed the opportunity provided by the program, including former gang members who have tried to turn their lives around but are ignored by the establishment.

Now, 12 participants have graduated and gotten on a firm footing personally and professionally, and the St. Martin’s group is following by establishing an auto care business on a vacant lot on Mahogany Street Extension known as Saint Martin One Stop Auto Care, which already has a following.

With good intentions, says Kolbe’s Francis “Cisco” Woods, comes the leg up of discounts to material to build up the business.

We’ll have more later on.