Murder in Dangriga over Christmas weekend 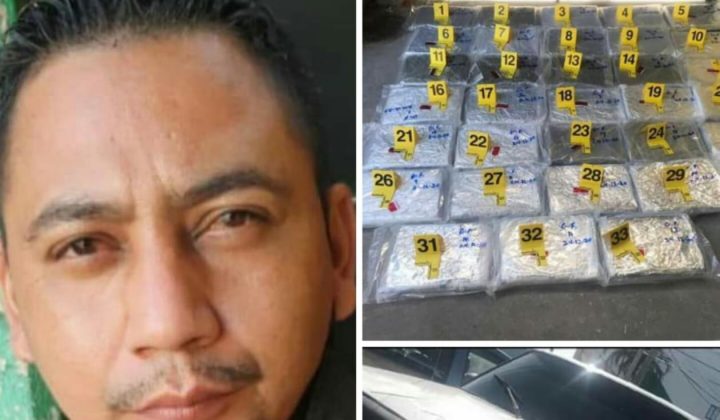 By Aaron Humes: A police officer originally from San Martin subdivision, Belmopan and posted to San Ignacio Town has been charged with possession of suspected cannabis with intent to supply a controlled drug, equivalent to drug trafficking under the Misuse of Drugs Act.

Dion Bellini, 35, was found under a white Jeep Cherokee at a compound outside of Orange Walk Town. His fellow officers conducted a search and recovered two suitcases from the trunk containing 18.2 kilograms of the drug, wrapped in 33 separate parcels. He was scheduled to appear in court today.

Assistant Commissioner of Police Joseph Myvett, Head of National Crimes Investigation Branch, confirmed that police are investigating the movement of drugs in the North. This is the second major bust in a week following one on the Consejo Road. But he otherwise declined to offer details on Bellini’s involvement.