Oxford-AstraZeneca vaccine approved for use in the United Kingdom 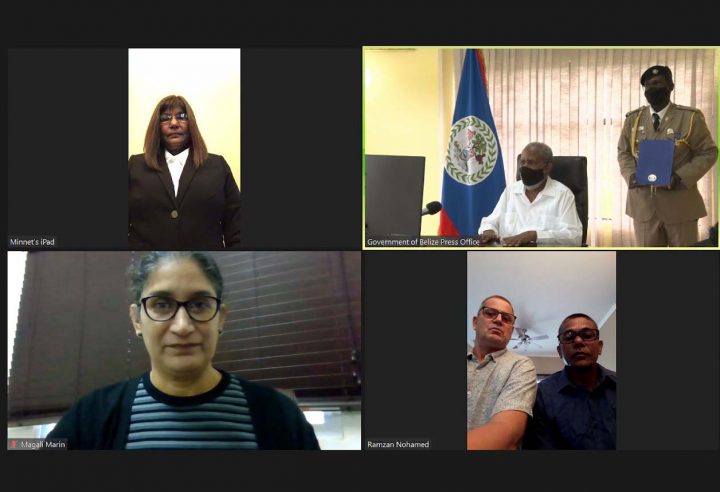 By BBN Staff: Justice Minnet Hafiz-Bertram was virtually sworn in by the Governor General as the acting President of the Belize Court of Appeal on Tuesday, December 29, 2020.

Justice Hafiz-Bertram will act until such time as the Prime Minister advises the Governor General of his appointee for a permanent president, after consulting with the Leader of the Opposition.

According to a statement from the government, PM Briceño intends to restructure and strengthen the judiciary in due course, and to advertise all permanent judicial appointments.

It noted that the PM will consult with all stakeholders in the administration of justice before making any permanent judicial appointments.

Justice Hafiz-Bertram, who is originally from Guyana, was previously sworn in as a Justice of the Court of Appeal in 2013. She has served as a Supreme Court Judge, and prior to her appointment to the Supreme Court, she was Registrar General and Registrar of the Supreme Court. She also served for some time as Crown Counsel in the Attorney General’s Ministry.

Justice Hafiz-Bertram studied law in Guyana and at the Hugh Wooding Law School, Trinidad and Tobago, where she received her Legal Education Certificate in 1997.

She later became a member of the Guyana Bar, the Trinidad and Tobago Bar and the Belize Bar. She is well versed both in civil and criminal law.