62 years of the Cuban Revolution 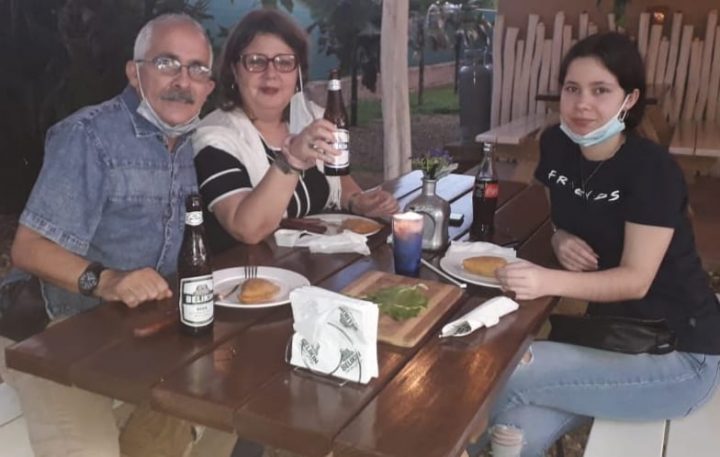 By Aaron Humes: On New Year’s Day, 1959, the forces of Fidel Castro began to overturn the dictatorship of Fulgencio Batista in Cuba, establishing a socialist system of government that lasts to this day.

Havana’s emissary in Belize, Ambassador Lisette Perez Perez, posted a photo on social media showing her, her partner, and daughter sharing a toast with Belikin Beer, “The Beer of Belize,” in honor of the revolution and the friendship between the countries.

He further acknowledged the service of the continent of doctors from Cuba under the Henry Reeve Medical Brigade from March to September of 2020, who performed 10,000 healthcare visits, and swabbed 7,000 persons across Belize. Cuba sent other brigades worldwide to fight COVID-19 even though the disease was taking its toll at home, exacerbated by renewed sanctions from the United States.

Musa concluded: “As artists and teachers we must continue to call for the genocidal blockade against Cuba to end. It is all interconnected.”