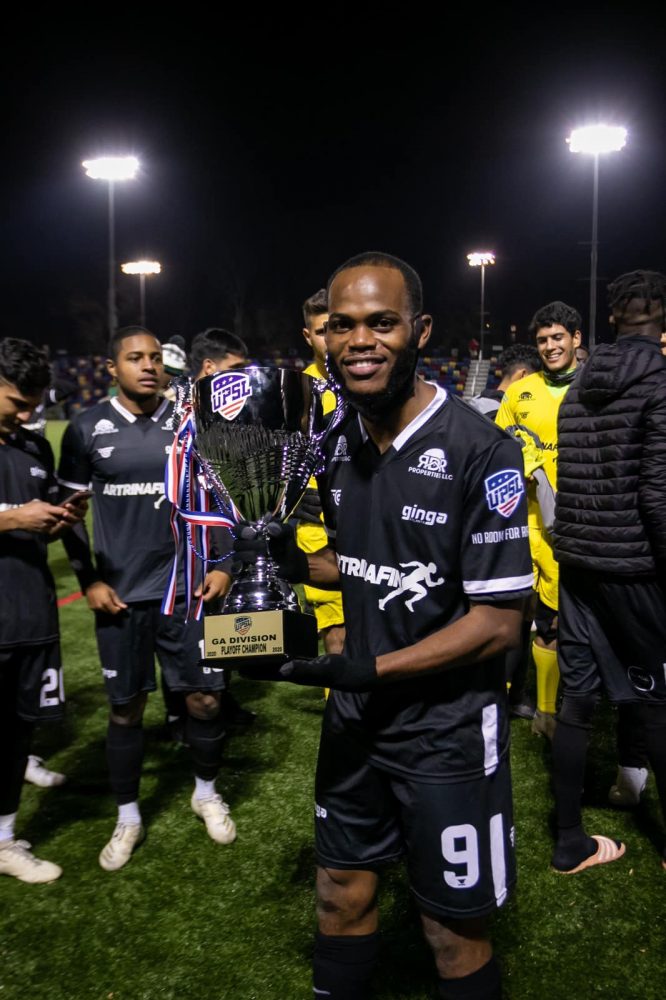 By Aaron Humes: It was a year of disruption in the entertainment industries. The nightclub and social gathering scene dried up with restrictions due to COVID-19, and major sporting events such as the Premier League of Belize (PLB), the National Elite Basketball League (NEBL) and the Holy Saturday Cross Country Cycling Classic were postponed and ultimately cancelled.

National football club champions Verdes of San Ignacio were forced out of the preliminary round of the CONCACAF League after several players came down with COVID-19 while traveling to the Dominican Republic for their match against Arcahaie F.C. of Haiti.

But at least one Belizean footballer, Deon McCauley of Ginga University of Atlanta, did the country proud with an unbeaten performance in the United Premier Soccer League (UPSL), as well as the athletes that recently returned from a regional athletics meet with five gold medals.

However, no major activity held after April proceeded in its traditional form, or in some cases, at all. The September Celebrations were the most muted on record, as were those in November for Garifuna Settlement Day. Even the Christmas holidays were blighted by a campaign to keep Belizeans from visiting each other to avoid COVID-19 spread.

The arts world said farewell, controversially, to several stalwarts including Gregory Vernon of the Institute of Creative Arts (ICA), due to downsizing. However, the Football Federation of Belize (FFB) controversially returned president Sergio Chuc for a second term at elections in mid-year.