Seven new-COVID-19 deaths reported, not all occurred in 2021 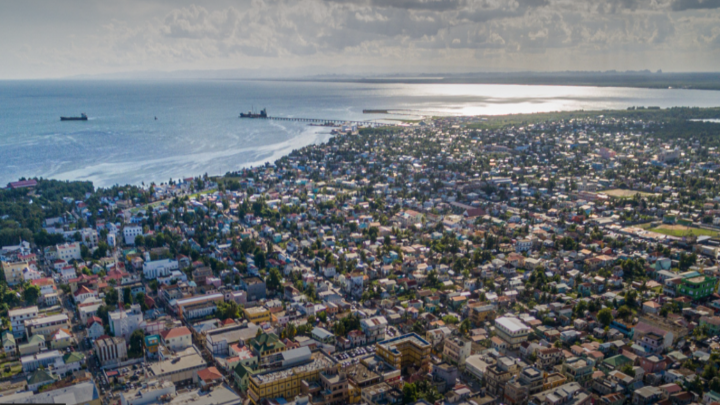 By Aaron Humes: The United States Embassy in Belmopan – and the country generally – are being recognized in a profile in the online publication State Magazine, the official publication of the U.S. Department of State – equivalent to our Ministry of Foreign Affairs.

Charge d’affaires ad interim Keith Gilges tweeted today, “We are proud for Belize to be featured as the first profile of 2021 in State Magazine. As we start the New Year together, we are honored to recognize and celebrate the many wonders of this magical place we call the “Jewel”.

But there a few lesser-known gems and a summary of the work the Embassy does to connect America and Belize in many ways.

America’s diplomatic presence here started with a consulate in British Honduras on March 3, 1847, which was upgraded to an embassy when Washington recognized Belize’s independence on October 29, 1981. For many years, the Embassy was located in Belize City next to St. Catherine Academy on Gabourel Lane and Eyre Street, but was relocated in December of 2006 to the Floral Park area of Belmopan. 39 U.S. direct-hire employees and 105 locally employed staff perform the full range of diplomatic activities, including political-economic reporting, consular services, export and trade promotion, public diplomacy, and law enforcement.

About 30 thousand U.S. citizens reside here permanently, and close to a million visit annually. The Embassy had to take action to help those stranded here during the COVID-19 pandemic, whether they wanted to stay but needed assistance with medication or financial issues while in lockdown, or wanted to go home.

Some 1700 American citizens and permanent residents were repatriated between March and October on United Airlines flights as part of diplomatic and consular efforts, also reuniting a mother with her son after he was abducted from the United States more than two years ago.

Benz writes, “As a whole, Belizeans hold strong democratic ideals, have favorable opinions of the United States, and are strong supporters of small, independent states,” noting our defense against the unfounded Guatemalan claim and support for Taiwan and regional and international organizations.