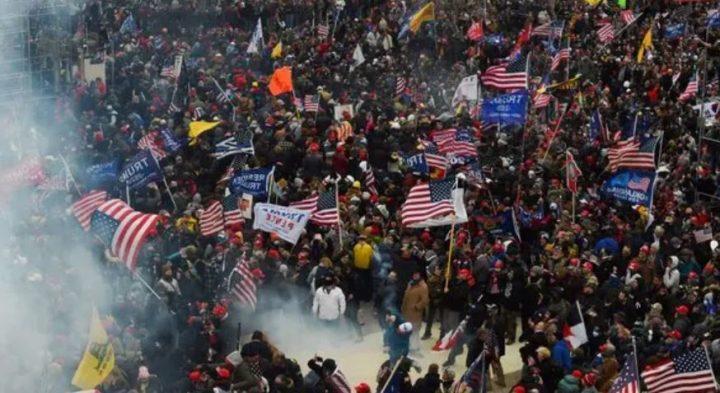 By BBN Staff: United States Senators had to halt deliberations and be evacuated from the US Capitol Building today, as hundreds of supporters of President Donald Trump stormed the building, reports CNN.

The heated exchange included an armed standoff with one woman receiving medical treatment after being shot in the commotion.

Trump’s supporters intervened in Congress’ deliberations over challenges to Joe Biden’s Electoral College victory in the November 2020 elections. Vice President Mike Pence was also evacuated from Capitol, where he was to perform his role in the counting of electoral votes.

After hours of angry protests and a joint plea from the Senate Democratic leader Chuck Schumer and House Speaker Nancy Pelosi for President Trump to tell his supporters to go home, he finally responded by releasing a one-minute video.

CNN notes that Trump had originally urged his supporters to fight against the ceremonial counting of the votes, before later asking them to leave the Capitol building.

“I know your pain, I know you’re hurt. We had an election that was stolen from us. It was a landslide election and everyone knows it. Especially the other side. But you have to go home now. We have to have peace,” Trump said.

Authorities managed to get the situation under control at the capitol building, but there were also numerous reports of pipe bombs set in various places around Washington DC, which had to be handled by bomb squad personnel.