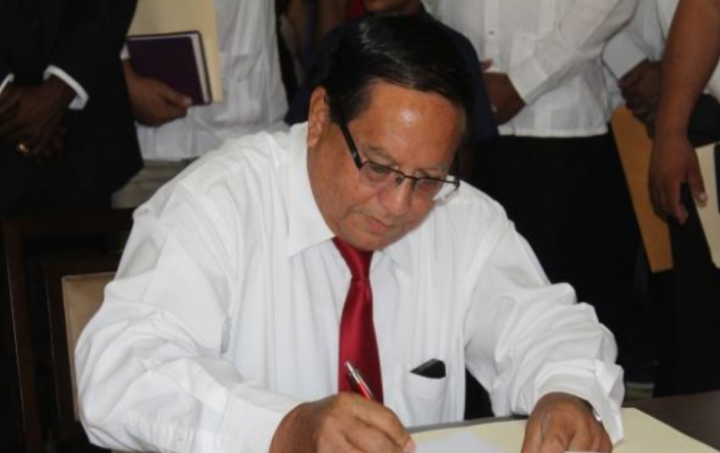 By BBN Staff: Well before the November 11th elections, several allegations and revelations were made against Former Minister of Works, Rene Montero.

And during the new administration’s investigations, several heavy-duty machinery were retrieved from private property purportedly belonging to Montero.

BBN has received copies of a leaked letter to the Attorney General requesting legal action against Montero and his CEO, Errol Gentle for “misfeasance in public office”.

In a separate leaked letter also sent to the Chairman of the Integrity Commission, CEO of the Ministry of Infrastructure, Victor Espat indicated that the alleged illegalities committed were reported to the Commissioner of Police, Chester Williams and the Director of Public Prosecutions.

In addition, the letter confirmed that a formal request has been made to the Attorney General to institute legal action to recover damages from Montero and his then, CEO “with a view to recovering losses of revenue occasioned by their conduct”.