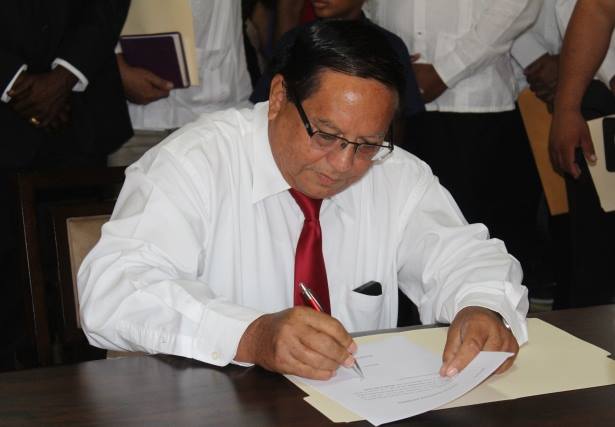 By BBN Staff: In Friday’s sitting of the House of Representatives, Minister of Natural Resources, Cordel Hyde revealed several land scam deals that occurred under the previous administration.

Hyde explained that a mechanic at the Ministry of Works in Santa Elena found out that he owned land in Mountain Pine Ridge, but when he went to check at Lands, he found out that the land had only been transferred in his name then allegedly sold to CEO Gentle.

After that sale, the land was then allegedly transferred to a company owned by Montero’s 2 sons.

“Gentle had asked for his Social Security card a few times but he was never told exactly why. Talbert says Errol Gentle even went to his house one day for his Social Security but according to Talbert he didn’t question anything because he use to work as Gentle bodyguard also. So one day last year an enterprising gentleman goes to Florencio do you know that you own some of the prime real estate in this country. Florencio of course says no. So the man convinced Florencio to give him power of attorney so he can acquire the lands from him. So they go to the Lands Department together only to find that one year earlier in 2019 the lands that were in Florencio Talbert name was transferred to Errol Gentle and to a company name Scorpio Development Company owned by Rene Montero two sons, Rene Junior and Robert Montero. All this happened and Florencio Talbert never knew,” Hyde explained.