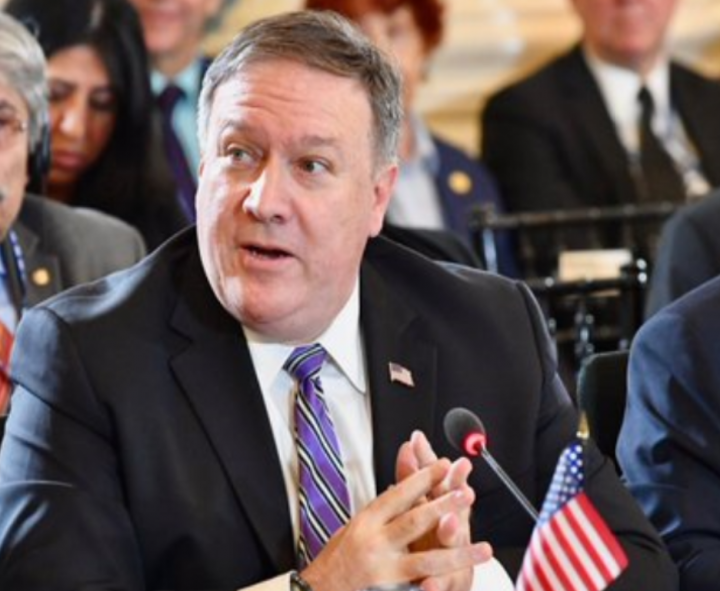 By BBN Staff: The United States, in breaking away from the protocol on relations with the Republic of China (Taiwan), has moved to lift decades-old “self-imposed” restrictions on US-Taiwan diplomatic relations.

Outgoing U.S. Secretary of State, Mike Pompeo, announced yesterday that he decided to lift all self-imposed restrictions on executive branch agencies’ interactions with their counterparts from Taiwan. “This action will benefit both of our great democracies,” Pompeo said via Twitter.

“Taiwan is a vibrant democracy and reliable partner of the United States, and yet for several decades, the State Department has created complex internal restrictions to regulate our diplomats, service members, and other officials’ interactions with their Taiwanese counterparts. The United States government took these actions unilaterally, in an attempt to appease the Communist regime in Beijing. No more,” a statement from the U.S. State Department notified. “Executive branch agencies should consider all “contact guidelines” regarding relations with Taiwan previously issued by the Department of State under authorities delegated to the Secretary of State to be null and void,” it continued.

Taiwan’s Ministry of Foreign Affairs has expressed gratitude to Pompeo and the State Department for the move. “The closer partnership between Taiwan and the US is firmly based on our shared values, common interests, and unshakable belief in freedom and democracy. We’ll continue working in the months and years ahead to ensure Taiwan is and continues to be a force for good in the world,” a statement from Taiwan’s Ministry of Foreign Affairs said.

Unsurprisingly, Chinese state media lashed out against the move taken by the departing Trump administration and accused it of “seeking to maliciously inflict a long-lasting scar on China-U.S. ties,” and further claimed that Pompeo “is only interested in stoking unwarranted confrontations, and has no interest in world peace.”

China maintains a claim over Taiwan, its island nation neighbor. Taiwan has lobbied tirelessly for recognition in international forums such as the United Nations with support from what few diplomatic allies it has in its corner, Belize included among them.

Taiwan is a sensitive issue for China’s ruling Communist Party, which considers the self-governing island of 23.6 million people a renegade province that should be brought under its rule.

Under the one-China policy, the U.S. recognizes Beijing as the government of China and doesn’t have diplomatic relations with Taiwan. However, it maintains unofficial contacts including a de facto embassy in Taipei, the capital, and supplies military equipment for the island’s defense.